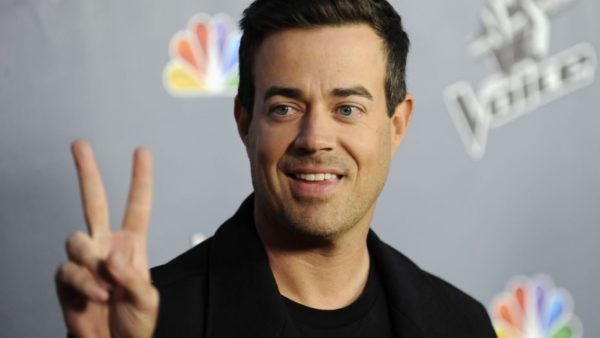 Carson Daly and his wife Siri are giving in to the “sleep divorce” trend that is all the rage among married couples with differing sleep habits, as well as couples who have children.

The former longtime late-night host once again revealed on Thursday’s episode of “Today” that he and his wife have been sleeping in separate bedrooms since September.

“I got sleep-divorced in September. We cited irreconcilable sleeping,” Carson quipped on the NBC morning show. “I have sleep apnea, my wife’s pregnant, and during a home renovation, we downgraded to a queen-size bed. We just felt like we’re better off sleeping in different beds.”

CARSON DALY QUITS RADIO SHOW TO ‘HAVE BREAKFAST WITH MY KIDS’

Adding insult to injury, the “Total Request Live” pioneer also sleeps wearing a CPAP machine, which he likened to “sleeping next to Darth Vader.

“Most women would want to sleep in another bedroom. … I don’t snore anymore, but the noise of the machine keeps her up,” Daly added.

The former disc jockey said the sleeping arrangement has actually improved the couple’s relationship, maintaining that the couple wake up with more energy, ready to tackle the day with their three young children, London Rose, 5, Etta Jones, 7, and Jackson James, 10.

“Sleep is important, that’s an important part of this,” said Daly. “You’re going to be a better person if you are rested, which can help your relationship.”

Daly stopped to speak with Fox News at the Emmys in September and admitted that being a father is by far his biggest accomplishment, adding that it helped him discover his purpose.

“My mom was incredible. Both my parents passed away two years ago,” he added of his mother Patti and stepfather Richard, who both died a month apart in 2017.

“So I understand the importance of parenting,” Daly said. “And this is all fun and games being up here, dressed all nice. But at the end of the day, being a father is my greatest role in life. So I’ve got three kids – my beautiful wife is pregnant with our fourth right now. So you know, God is great.”

However, Daly and his wife aren’t the only married couple with kids who have had to experiment with sleep separation.

“Bachelorette” alum, Ali Fedotowsky recently spoke with Fox News about the struggles of sleeping separately from your spouse, explaining that it took her and husband Kevin Manno three months before they were able to cohabitate after the birth of their second child Riley in May 2018.

ALI FEDOTOWSKY SAYS IT TOOK HER AND HER HUSBAND 3 MONTHS BEFORE THEY SLEPT IN SAME BED AFTER BABY No. 2

“Yes! We’re back in bed!” Fedotowsky bellowed to us at the time, explaining that her radio host husband does a live show which begins at 5 a.m. and absolutely needs his sleep.

“That’s the way we survived in the beginning,” Fedotowsky explained, adding that her hubby of nearly two years used to fight her on the idea, but it was all from a place of love.

“I’d be like, ‘Get in the other room. Go sleep. I’m not going to let you sleep in here with me because I love you,'” she added. “But we’re back in the same room. Riley is in his nursery. All is well!”

Sleep divorces have since been adopted by one in 10 couples, according to a recent survey from the Better Sleep Council.

Julius is an LA Entertainment Reporter for Fox News.