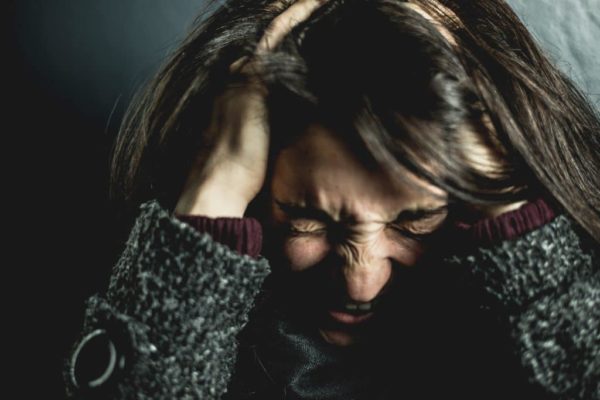 What Is an Inner Critic?

We all have at least one inner voice that is popularly called an inner critic. It’s a part of our personality that constantly criticizes, ridicules, berates, abuses, or even sabotages us. In some cases it is so bad that it can drive the person crazy, literally.

“Why do you even think you can find a better job? You think you deserve better? You don’t. You deserve what you have. You can fool yourself and try, but you know that you’re going to fail anyway. You always fail. You’re such a loser.”

“Okay, so you like this person and would like to talk to them. What makes you think they will like you? You’re so weird and stupid, why would they even consider talking to you? There’s nothing likeable about you.”

“Why would you even say that? Now the person thinks you’re a moron. You’re so dumb. Like, really dumb. There’s something wrong with your brain. You should just lock yourself inside and never talk to another person again because you just humiliate yourself every time you open your mouth. You’re such a disappointment. Why do you even bother trying.”

“The reason you feel ‘toxic shame and guilt,’ as you call it, is because you should feel like shit. You are shit. You deserve it… So what if people do things you don’t like? People make mistakes. They are human too. You think everyone who makes you feel bad is an ‘abuser.’ Stop being so sensitive. They did the best they could. And if they sometimes treated you badly, you probably deserved it by being so annoying and difficult. Maybe you’re the real abuser here.”

The Origins of the Inner Critic and Its Relation to Trauma

While we all have an inner critic, and the severity of its presence varies from person to person, its existence is not natural. It’s not natural in the sense that we are not born with an innate drive to self-abuse and be overly, unreasonably self-critical.

Then the question is: where does an inner critic come from?

When we are children, people treat us a certain way. We learn to self-relate in a certain way by how we are treated by our caregivers—parents, teachers, family members, peers, and other influential people in our lives. If those people treat us with love, acceptance, respect, and care, we learn self-love, self-acceptance, self-respect, and self-care. However, if we lack these things in our early relationships—or worse, if we are treated in a disrespectful, condescending, dismissive, neglectful, and otherwise abusive way— we learn to treat ourselves the same way.

As I write in the book Human Development and Trauma:

“If the caregiver reflects to [the child] an inaccurate picture of themselves, they will internalize it and accept it as truth. At the least it will become an important part of their self-image, regardless of whether or not it’s correct. Thus, if the caregiver tells the child they are stupid, bad, and worthless, the child cannot help but believe this at some level.”

In other words, we internalized the treatment that we received from those who had power and influence over us and learned to self-relate in the same manner. So, an inner critic is the combination of negative, destructive, hurtful, rude, manipulative, abusive, untrue messages we received in the past. Not all of those messages were necessarily overt, explicit, or clear. However, they all formed those irrational and self-destructive beliefs that you have about yourself and your relation to society.

The harm we suffered becomes self-harm we inflict onto ourselves.

And it’s not like it stops after you become a legal adult. We carry those beliefs and connected, painful emotions into our adulthood and transfer them onto our adult relationships.

The Effects of Having a Loud Inner Critic

People who have lived through childhood trauma—and we all have been through some trauma as children—have internalized those hurtful and abusive messages. Consequently, they struggle with a wide variety of problems.

Many of those issues are related to their self-esteem where they tend to undervalue themselves. They often see themselves as inferior to others, lacking, or even fundamentally defective.

Other issues revolve around self-love and self-care. Because they didn’t receive enough of the love that they deserved as children, they didn’t learned how to love themselves. As a result, they suffer from poor self-care or even exhibit self-harmful behaviors.

They also are prone to toxic self-blame and shame because they are used to being blamed for everything. Their inner critic often reminds them that everything is their fault and that they are a bad human being, sometimes just by being alive.

Another problem here is the constant burden of overwhelming responsibility: to take care of others, to please everyone, to be perfect and have unrealistic standards for yourself, to try to solve other people’s problems—all at the expense of oneself.

It also impacts the person’s social life, where they might feel inadequate to go out and meet people, or overly anxious and unreasonably afraid of other people’s opinions of them. They may get manipulated and taken advantage of by people with dark personality traits (narcissists, sociopaths, psychopaths, etc.), get into toxic relationships and feeling too confused or scared to leave, have trust issues, and so on.

What You Can Do to Deal with Your Inner Critic

There are several approaches to how you can deal with your inner critic, some of which str more useful than others. The approaches that I have found useful while helping people are the following.

Sometimes, it can be useful to talk to your inner critic and examine what that part of yourself is saying. Self-criticism can be useful as long as it’s productive and valid. The goal would be to rationally evaluate the criticism you have about yourself and to determine what is true and what is false, and to what degree. Then you accept the truth and dismiss the falsehood.

Most of the time, this self-criticism is simply unfair self-abuse and self-sabotage. If you already determined that what your inner critic is saying is false, you don’t have to listen to or accept it. You can dismiss it immediately. Just like you would dismiss a deranged person on the street who is following you and yelling slurs at you.

Now, the first two approaches don’t really address why you struggle in the first place. They are more like a band aid, and that’s why they are popular solutions. Long-lasting, sustainable change, however, requires something deeper than simple intellectual evaluation or dismissal.

If you really want to get to the bottom of this and resolve it, you need to dig deeper and do some trauma work and self-analysis. Here, you examine your past, your early relationships with your caregivers, you try to understand the beliefs you have about yourself and why you have them, you work on understanding your emotions better, you learn how to love yourself and how to take care of yourself, how to have healthier boundaries and relationships, how to build up your self-esteem, and so on.

This work demands more time and resources. Besides self-work, such in-depth analysis often requires professional help: a therapist, coach, counselor, consultant, etc. who would be trauma-informed. And, as many of you know, finding a decent helper can be a challenge.

But by working on yourself you can learn to deal with your inner critic once and for all. You can learn self-love, self-empathy, and self-care.

Childhood Trauma and Your Inner Critic—and What to Do