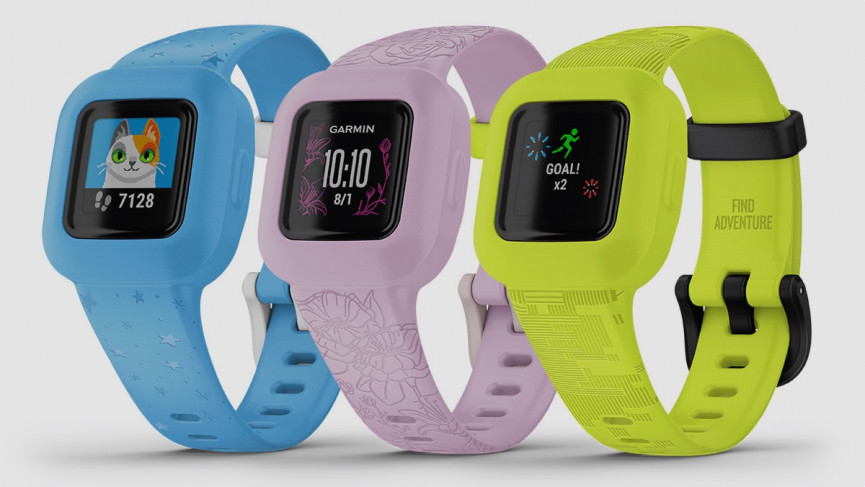 Garmin has launched an all-new version of its fitness tracker for kids – the Vivofit Jr 3.

The tracker has been redesigned to look more like a watch, with a color display and a host of designs – including Marvel editions.

You can get Disney Princess and Little Mermaid branding, as well as Black Panther and Ironman for the kids that love a bit more action. And if Disney isn’t your offspring’s thing then there are just blue, camo and floral versions.

The Vivofit Jr 3 is primarily aimed at getting kids active, so it still tracks steps, sleep and active time just like any Garmin fitness tracking device.

But it has a more gamified edge, and meeting goals will unlock levels of a game inside the Garmin app – so there’s more reward for actually getting up and about.

One such game is Garmin World Tour, which will unlock “fascinating new locations” with facts, quizzes and pictures, from the Pyramids to the Great Barrier Reef.

And like a sports tracking mode on a normal wearable, playtimes can be set as a timed activity – and kids will get the stats, such as steps and distance, from anything from open playtime to football practice.

There are also step goal challenges, which the whole family can take part in.

Of course, kids probably won’t have their own smartphone so there’s a big parental assistant element. Parents can see their kid’s activity and sleep, and assign chores to be completed which can also be paired to rewards.

The Garmin Vivofit Jr 3 has a virtual coins reward system, and then those can be redeemed by parents for chosen treats.

The Vivofit Jr 3 does have a bit of an adult price tag, and will go on sale for $79.99. The Marvel and Disney editions are exclusive to Target.