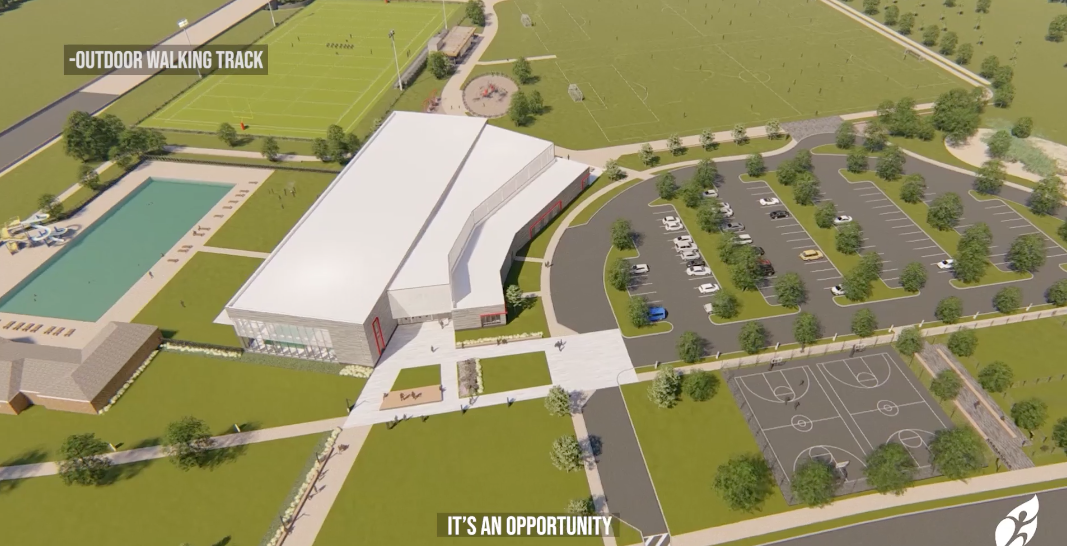 A groundbreaking ceremony took place today to kick off the Middle Branch Fitness and Wellness Center at Reedbird Park in Cherry Hill. This follows a groundbreaking earlier this month for the BGE Field presented by KELLY, which is a new turf field being constructed at Reedbird Park. Both projects are part of Baltimore City Recreation and Parks’ (BCRP) redevelopment of the Cherry Hill park which was once the location of a landfill.

The Middle Branch Fitness and Wellness Center will be fronted by a new community plaza and have three separate pools including a lap pool, a plunge pool with a slide, and a wading pool for kids; an open area with fitness and gym equipment; studios for fitness classes; a gymnasium with a basketball court; and a maker space. A second-story walking track will travel through all the different sections of the building.

The Middle Branch Fitness and Wellness Center is expected to open just over a year from now.

Reedbird Park is located on the southern end of Cherry Hill along the Patpasco River and adjacent to Potee St./Rt 2. Adam Boarman, chief of capital development for BCRP, told SouthBMore.com in June that it’s a beautiful site, but very underutilized. Along with the splash park, it has two basketball courts, two tennis courts, a playground, paths connecting to the Gwynns Falls Trail, and a large grass field. It also has a small fishing pier on the river.

The current location of the playground and sports courts, which sit adjacent to Potee St., will be replaced by BGE Field presented by KELLY. The field will be set up for field sports like soccer, lacrosse, and football, as well as be positioned so that baseball and softball can take place on the field. It will have lights and bleachers.

The field is expected to be completed in Spring 2021. The project was fundraised and will be constructed by the Cal Ripken Sr. Foundation.

SBGP is putting more than $750,000 into this $2.25-million field project. Additional donors include BGE, KELLY, the Baltimore Ravens, Jay and Patty Baker, Under Armour, and Weller Development.

BCRP will operate a variety of after-school sports programs and the Cal Ripken Sr. Foundation will run its Badges for Baseball program which has police officers coaching youth baseball teams.

Adjacent to the turf field will be three grass fields. In a second phase, lights and a walking path around the fields will be added. The fields will eventually have a field house.

The fields will open before the Middle Branch Fitness and Wellness Center is completed.

A 100-space parking lot will be built just west of the center and just north of the three grass fields.

BCRP has teamed with GWWO Architects and Floura Teeter Landscape Architects on the plan.

A second phase of the project will add a dog park and two outdoor basketball courts along Reedbird Ave. and a playground located in-between the sports fields.

Boarman said he would eventually like to see some invasive species management along the waterfront which currently blocks views of the water. He also said it would be great to do a boardwalk along the water one day, but said that is not currently in the budget.

“Baltimore City Recreation and Parks is honored by the opportunity to bring Baltimore its first-ever regional recreation facility,” said BCRP Executive Director Reginald Moore in a press release. “We look forward to the day when this new center becomes Baltimore’s standard of recreation.”

“As a product of East Baltimore recreation centers, it is one of my main goals to constantly grow and improve the city’s recreation options,” said Mayor Bernard C. “Jack” Young in a press release. “The new Middle Branch Fitness and Wellness Center will not only serve as the recreation hub for the South Baltimore communities but will also reimagine the way Baltimore City enjoys recreation as a whole.”

“We’re thrilled to see local grants from Horseshoe and casino gaming in Maryland have such a positive and tangible impact for the residents of South Baltimore,” said Horseshoe Baltimore Senior Vice President and General Manager Randy Conroy in a press release. “It is exciting to see construction begin on this world-class facility, which will play a critical role in promoting health, fitness and fun for the entire community.”

Senate President Bill Ferguson (Maryland 46th), who represents Cherry Hill said in a press release: “This is what elected leaders from South Baltimore envisioned when bringing casino gaming to Maryland. Beyond the thousands of jobs created, we’re targeting the economic benefits to expanding opportunities and improving health, education and quality of life for the communities that surround the casinos.”

Rendering from a BCRP video 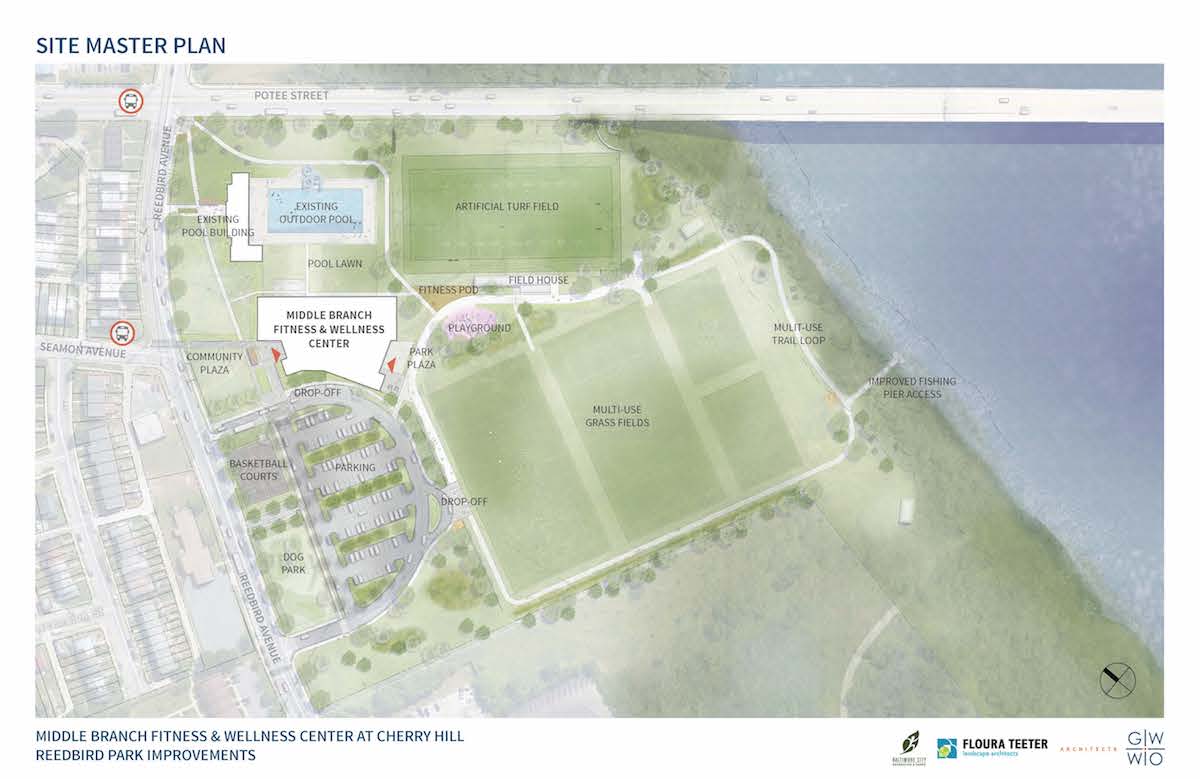 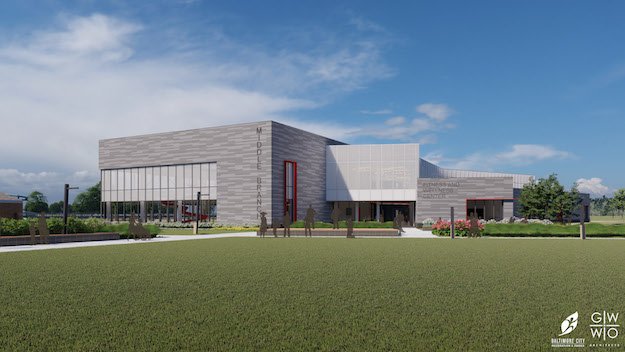 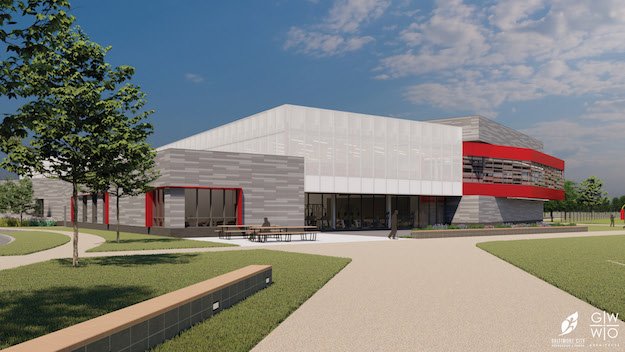 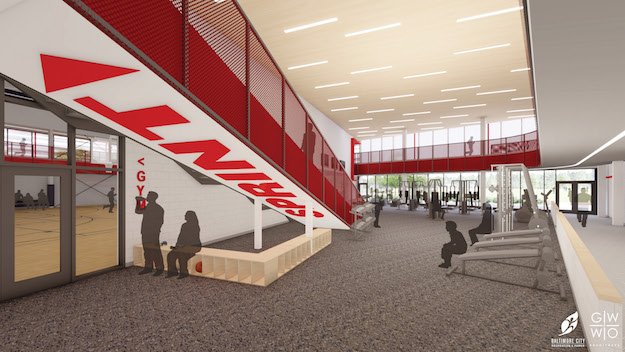 About the Author: Kevin Lynch

Founder and Publisher of SouthBmore.com, longtime resident of South Baltimore, and a graduate of Towson University. Diehard Ravens and O’s fan, beach volleyball enthusiast, dog lover, and “bar food” foodie. Email me at [email protected] and follow me on Twitter at @SoBoKevin.