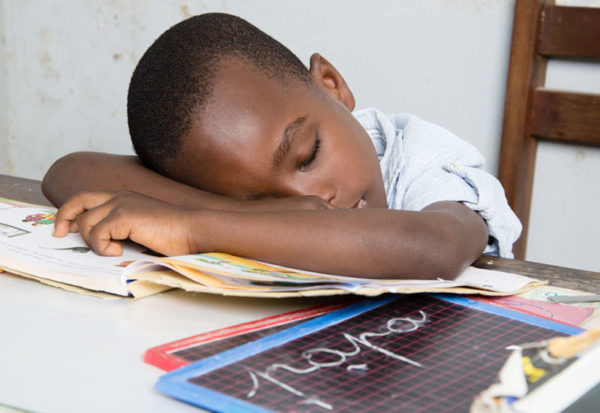 For parents of children who seem to need only a few hours of sleep at night, there’s light at the end of the tunnel.

A programme pioneered at a UK hospital is helping sleepless children to get several more hours a night.

Their families have seen major improvements by sticking to consistent bedtimes, banning sugary drinks in the evening and removing toys and electronics from bedrooms.

Parents need some firm discipline. In the hour before bed, children in the programme are not allowed to watch TV or use their phone or computer.

Instead, they do more calming ­activities such as jigsaws, Play-Doh and simple board games.

Health professionals are now using this method to help 800 families who have a child sleeping for just four or five hours a night.

The children in the programme are now getting an average of 2.4 hours more sleep a night.

Heather Elphick, a consultant in paediatric sleep medicine, said parents’ lives had also improved because they worry less about their child’s sleep.

“It’s really difficult to get children to adapt to the new routine,” said Elphick. “A lot of parents have read stuff online about tackling children’s sleep problems but failed.

“This programme takes two to three weeks of perseverance, and it often gets worse before it gets better.

“But this isn’t a complex invention. Yes, a lot of this is just good parental practice.

“Children involved are now getting to sleep faster, and many say their mood has changed from ‘grumpy’ to ‘happy’ thanks to a good night’s sleep.”

With my children and grandchildren, I’ve used a consistent bedtime routine of bath, books, bottle and bed, adjusted as they got older but always with a nice, calm, quiet winding down.

It’s worked about two-thirds of the time.

ALSO READ: How cow milk and baby formula may lead to obesity