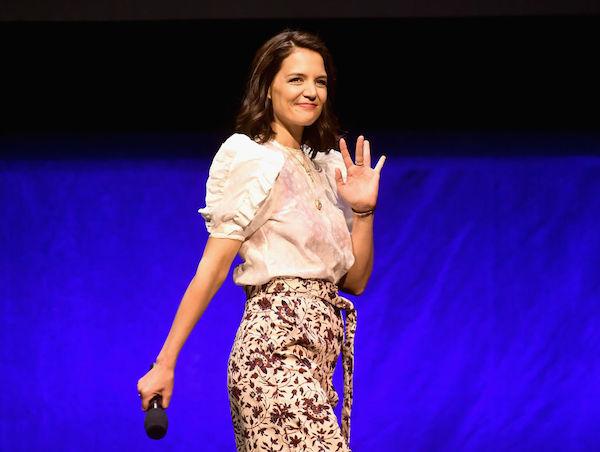 Although Katie Holmes values her privacy, she recently discussed her special bond with her 13-year-old daughter, Suri Cruise. The “Dawson’s Creek” alum opened up about her relationship with the teen and the importance of “self-care.”

Holmes gave birth to Suri in 2006 during her marriage with her ex-husband, Tom Cruise. However, the couple divorced in 2012, and the actress won primary custody of their daughter. Over the years, the quality time the 40-year-old spent with her daughter made her realize how much motherhood has impacted her life.

“I have taken advice from my mum in raising my daughter. I appreciate the bond that all of us have, and I appreciate more and more my own mother and the challenges she faced now that I’m a mum.”

Although some parents find it hard to bond with their children amid the age of social media, Holmes revealed she and Suri have managed to find the perfect balance. “I think for me it’s just limiting the amount of time for myself and for my child. It’s important to get out and live and not always be on your phone.”

When Holmes and Suri venture out into the world, some of their time is spent contributing to charitable organizations. “I enjoy volunteering with my daughter and hearing her point of view and listening to her suggestions on how we can help,” the actress said.

While the “The Kennedys After Camelot” star enjoys every moment she spends with her daughter, she revealed it is important to work on herself. During an interview with , Holmes revealed she enjoys exercising because she has cut back on her intense workout regime.

“I do a variation. But I used to put a lot of pressure on [myself, like], ‘oh I’ve got to work out five times this week.’ Now I think, ‘you know what? I’m actually going to put this in the category of self-care, and I should enjoy it and look at it like that because I don’t have to put the pressure [on me].’”

Although Holmes rarely shares details about her life with Suri, the mother-daughter duo are typically photographed in New York City enjoying a stroll or spending time with family and friends.

Katie Holmes is pictured onstage at CinemaCon during The State of the Industry and STXfilms Presentation on April 2, 2019 in Las Vegas. Photo: Matt Winkelmeyer/Getty Images