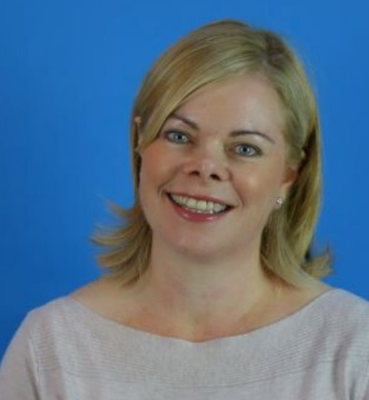 T here are many hardships for parents just now, mainly to do with the lack of activity, occupation and formal structure for children. No school, no childcare, no sport, no weekend activities. And it’s not just about having somewhere for them to go to during the day. There is a knock-on effect to these same-old days – a lack of routine. A lack of any urgent reason to get to bed at night. And, for many, increasingly that means delayed bedtimes.

Certainly, that’s what it means for my own children. Rarely does the nine-year-old go to bed before 10pm these days, and even then it is usually 11pm, or later, before she is asleep. The 12-year-old is worse and the 16-year-old worse again.

It’s not that I don’t try. I do. But without any kind of deadline; no ‘school tomorrow’ ‘an early match’ ‘training’ – it’s hard to inject any urgency. And so they go to bed late, they get up late, and neither of these things is having any kind of good effect on their mood. I have noticed more arguments, more cross words, a diminished ability to cope when things go wrong (by which I mean if they don’t like what’s for breakfast), and a general lessening of resilience. I have asked around, and every parent I speak to is facing the same issue.

A May study in the UK found that 70pc of under-16s were going to bed later and waking later. Two in 10 were sleeping a lot less and 74pc were spending more time on screens, which has a knock-on effect on sleep.

And we’re not imagining the consequences: “The importance of sleep, in terms of their physical, mental and emotional development, also for their learning, focus and concentration, behaviour, and the ability to cope with the day ahead of them, can’t be overstated,” says Fiona O’Farrell, paediatric occupational therapist specialising in children’s sleep and development. “Sleep is restorative, deep sleep in particular helps the body to restore.”

In practical terms, that can mean tantrums, arguments, meltdowns, poor concentration. Take it further and obesity, anxiety, developmental delay and medical problems including allergies, ear infections and hearing problems along with social and emotional problems, are all possible.

Breege Leddy, sleep technologist with the Insomnia Clinic agrees: “Sleep deprivation in children can lead to poor concentration, irritability, frustration and behavioural issues such as hyperactivity which can even mimic Attention Deficit Hyperactivity Disorder (ADHD). If a child is getting poor quality sleep, particularly if their deep sleep is reduced, it can lead to growth suppression as growth hormone is produced in N3 sleep which is our deepest stage of sleep. Anxiety problems and sleep problems feed each other and become a vicious cycle. The more anxious a child is the less likely they are to achieve good sleep, and the less sleep a child gets the more anxious they become.”

A few nights of not getting enough sleep is okay, O’Farrell points out, but if it goes on long-term – and given that we are talking a time period from March to September, the guts of six months – “that’s a long time for our children and adolescents to be suffering through too little sleep. It’s the longest period of time the majority of them will have had without structure and routine since starting school aged four or five, if not earlier.”

Add to that less sport, less physical activity, even fresh air. “Physical activity is so important,” says O’Farrell. “It’s fresh air, oxygen to the brain, also a muscle workout is calming for the body and helps regulate the body. And, in the absence of sport, many children are spending more of their time sitting, and that isn’t conducive to a good night’s sleep either.”

In general, many parents have found that the Covid crisis has affected their ability to maintain routine and enforce boundaries, because of the extra demands on their time and, O’Farrell points out, “for younger children, those things are so important, to help their emotional development. In that study, over half of parents surveyed reported moderate to severe disruption in their ability to parent effectively, and 84pc found that lack of sleep interferes with their children’s ability the next day.”

Many working parents – me amongst them – have found that allowing children to sleep later in the mornings means the ability to get some work done early, before parenting duties begin. “As parents, we have to find what works for us,” O’Farrell points out. “We shouldn’t feel bad because we’re letting our kids stay up later, or sleep later, or spend more time on screens. We have to do what works for us. But, on the assumption that schools re-open in September, that’s a goal, something to work towards. Rather than waiting for that and starting on the first day, trying to get everybody up and out, we need to start planning for this earlier.”

Breege Leddy agrees, adding, “Children are having to adapt to a whole new way of life and this creates uncertainty and children may not have the necessary skills to cope with this. This in turn can increase the risk of anxiety and other mental health problems. They are aware that Covid-19 exists so it’s an extremely worrying and unsettling time for them, any kind of worry or anxieties may impact our ability to sleep and get good quality sleep.”

A new routine, O’Farrell says, takes about three weeks to become established, “so certainly from the end of July, parents need to start looking at it gradually. You can’t suddenly send them to bed at 7pm. We need to move slowly and help our children to readjust to a different routine.”

So, for those of us planning ahead for a restoration of order and routine at the end of the summer, as well as those who are simply fed up of the current situation – who reckon that yes, we’ve had some strange months, but things are a bit more settled now, which means it’s time, for the kids’ sake, to look at this again – here are some suggestions.

“Start early in the evening, not with bedtime,” says O’Farrell. “Begin with dinner time – let that become a regular time if it isn’t already. After dinner, try then to encourage wind-down activities rather than sitting in front of the TV. Getting outdoors is very good, and any kind of push-and-pull activity is great for helping the body unwind: digging, tug-of-war, obstacle courses, animal races – whole-body activities. I suggest an hour outdoors. Then, it’s wind-down time. Encourage them to sit and read a book, or read to them. Fifteen minutes can be enough, or half an hour if they are reading themselves. If they read for too long, they can become over-tired, and when our children are over-tired, we see a real increase in their energy levels. They become almost hyper-active, bouncing about the place.”

Delaying tactics – asking for water, for toast, coming back downstairs after going to bed – all these, O’Farrell says, are signs that bedtime needs to move forward. “When children are able and ready for bed, they are easier to get into bed and to sleep.” That said, she warns, be aware that they may be feeling anxious, particularly as we move closer to going back to school. “Have open conversations around going to school, ‘It’s going to be a big change…’ Open up the conversation and listen to them.”

Keep the routine simple, she says, “something that can be done every night, because routine is key. It’s the cues that tell the body and mind ‘now it’s bedtime.’ Once that is established, start bringing bedtime back by 10-15 minutes a night, every three or four nights.”

Once you have begun to move back to a reasonable bedtime, O’Farrell says, you should find that the mornings automatically adjust accordingly. “When children have had a good night’s sleep, they are refreshed and wake naturally. Sleep guidelines are, up to four years old, an average 12 hours a night; between five and eight years, about 10.5 hours; aged nine to twelve, about 10 hours; aged 13, nine-and-a-half hours, and aged 14, around nine hours.”

Finally, as Breege Leddy points out, “It may not be all bad, some children and in particular adolescents may benefit from our new norm. Teenagers can have a delayed circadian rhythm so the later going to bedtime and the later wake-up time means they are falling into their natural pattern. Some children may be getting more sleep than previously as they don’t have the early morning rise time in order to beat the morning traffic to get to school.”

⬤ Sleep is important for children as it impacts mental and physical development. The two states of sleep are:

⬤ Non-Rapid Eye Movement (NREM) or “quiet” sleep. During the deep states of NREM sleep, blood supply to the muscles is increased, energy is restored, tissue growth and repair occur, and important hormones are released for growth and development.

⬤ Babies spend 50pc of their time in each of these states. At about six months of age, REM sleep comprises about 30pc of sleep. By preschool age, the sleep cycle is about every 90 minutes.