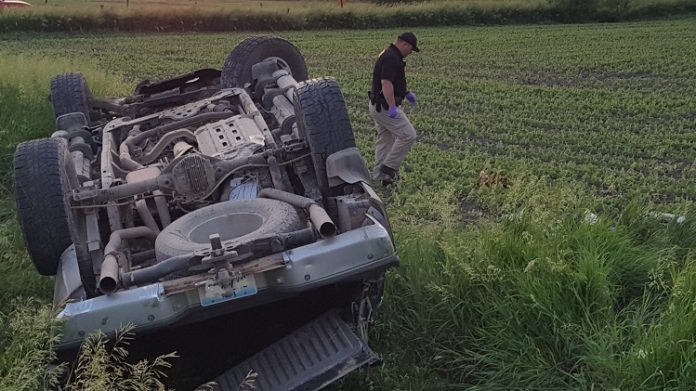 DES MOINES, Iowa — Parenting is not an easy task, and parenting teenagers comes with its own unique set of challenges. During National Teen Driver Safety Week, Oct. 18-24, the Governor’s Traffic Safety Bureau is teaming up with law enforcement across the state to help empower parents to discuss the importance of safe driving habits with their young drivers.

This week and every week, parents should have conversations with their teens about the important rules they need to follow to stay safe behind the wheel. This week — or any time — is a perfect time to begin and continue the conversation and to remind parents not to hand over the car keys until their teens knows the rules of the road.

Sobering statistics are a part of the conversation. Motor vehicle crashes kill more teens 15 to 18 years old in the U.S. than any other cause — ahead of all other types of injury, disease or violence. In 2018 there were 2,121 people killed in crashes involving a teen driver, and 719 deaths were of the teen drivers themselves.

In 2019 Iowa lost 39 young drivers between the ages of 14 and 20 in motor vehicle crashes. Seven of those young drivers had a blood alcohol over the legal limit.

• Alcohol and drugs: All teens are too young to legally buy, possess or consume alcohol. However, nationally in 2018, 16% of teen drivers involved in fatal crashes had alcohol in their systems. But alcohol isn’t the only substance that can keep teens from driving safely. Like other drugs, marijuana affects drivers’ ability to react to their surroundings. Remind teens that driving under the influence of any impairing substance could have deadly consequences.

• Seat belts: Wearing a seat belt is one of the simplest ways for teens to stay safe in a vehicle. Yet too many teens aren’t buckling up. In 2018 almost half (45%) of the teen passenger vehicle drives who died were unbuckled. Even more troubling, when the teen driver involved in the fatal crash was unbuckled, nine out of 10 of the passengers who died were also unbuckled.

• Distracted driving: Distractions while driving are more than just risky. They can be deadly. In 2018, among teen drivers involved in fatal crashes, almost 10% were reported as distracted at the time of the crash. The use of mobile devices while driving is a big problem, but there are other causes of distraction to teen drivers that pose dangers as well, including adjusting the radio, applying makeup, eating, drinking or distractions from other passengers in the vehicle.

• Passengers: Teen drivers transporting passengers can lead to disastrous results. Research shows the risk of a fatal crash goes up in direct relation to the number of passengers in a car. The likelihood of teen drivers engaging in risky behavior triples when traveling with multiple passengers.

• Drowsy driving: Teens are busier than ever. Studying, extracurricular activities, part-time jobs and spending time with friends are among the long list of things teens do to fill their time. However, with all of these activities, teens tend to compromise something very important: sleep. This is a dangerous habit that can lead to drowsy driving or falling asleep at the wheel.

The Iowa Department of Public Safety and the Governor’s Traffic Safety Bureau encourages parents to talk to their teen drivers about safe driving practices. Losing even one is one too many, don’t you think?