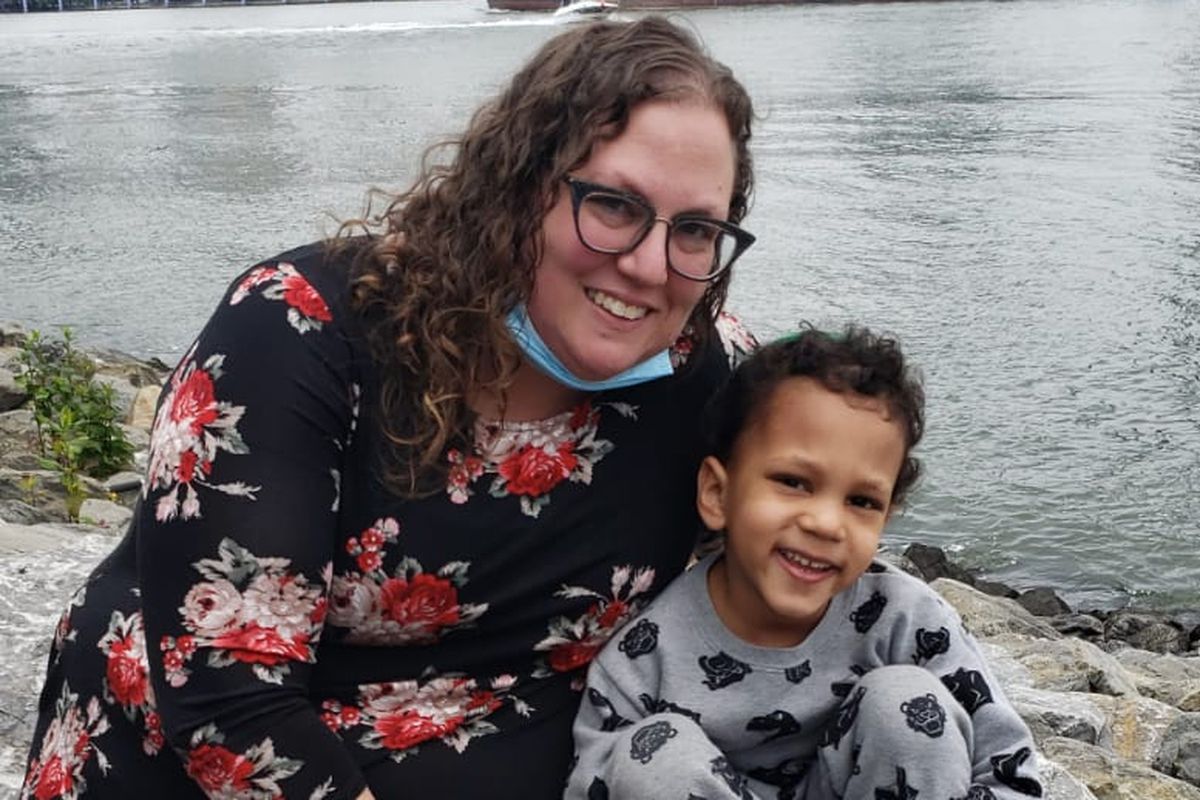 In July, Mayor Bill de Blasio touted the creation of 100,000 child care seats, with a maximum of 15 kids per group, to provide youngsters from pre-K to eighth grade with supervised time during days they’re not in school buildings.

The public school system opened its buildings in phases starting Sept. 21 with classroom attendance for those choosing hybrid learning limited to one to three days per week, in a bid to curb the spread of COVID-19.

For the other days, de Blasio vowed to launch “learning labs” by using “every conceivable space” — such as community centers, libraries and cultural organizations.

“There’ll be child care for 100,000 kids and we aim to go farther,” he said on July 16. “Families will get that child care regardless of ability to pay. And that we will make sure that every parent who needs help, we’re going to constantly look for every option to help them.”

Three months later, the city is still seeking suitable organizations to provide the care, as well as space, as the school year marches on.

A total of 18,564 students are currently on the rosters of the more than 300 Learning Bridges locations already up and running for students through eighth grade, according to the city’s Department of Youth and Community Development (DYCD), which is administering the portion of the program for school-aged children.

“That number will continue to increase,” said Mark Zustovich, a DYCD spokesperson.

“We will continue adding seats on a rolling basis throughout the fall, eventually reaching 100,000 slots by December,” he added.

The Department of Education is overseeing the early-childhood component of Learning Bridges, for pre-K and 3-K.

Meanwhile, child care snags are vexing parents in a school year already plagued by delays in the start of classes, disputes between the city and educators over safety issues, and general scheduling chaos in a system juggling in-person and remote learning.

David Bloomfield, a professor of education at Brooklyn College and the CUNY Graduate Center, called the child care setup “a poor Band-Aid.”

“It’s insufficient numerically and unreliable in quality,” he said. “It’s just one more item that will confuse, rather than calm, parents.”

Additional slots can’t come fast enough for parents who’ve been waiting. Some, like Daniella Russ, of Brooklyn, are belatedly learning their children are not eligible at all because they attend charter schools.

Russ, 38, a single mother of a kindergarten student, has been forced to work from home when her son, Yishai, 5, is home from his charter school each Wednesday.

“As soon as they opened that option, I signed him up right away,” she recalled. “We were denied a spot because he’s in a charter school.”

Russ, a transportation administration coordinator for the JCC of Greater Coney Island, paid to enroll Yishai in child care at Kings Bay Y for the one day a week he’s not attending in-person classes at the Hebrew Language Academy Charter School. That program costs parents $60 a day.

As for the city’s program, eight days after de Blasio announced its creation DYCD issued a solicitation to assess child care provider capacity and space availability across the city.

The request for operators initially indicated that the city was looking to add approximately 11,000 seats for 3- and 4-year-olds and 50,000 seats for children in grades K-8.

“It is anticipated that this new capacity will be added on a rolling basis, throughout the fall of 2020,” the solicitation notes.

The programs for school-aged children are open from 8 a.m. to 3 p.m. and are designed to offer an array of “enrichment activities” like literacy, physical fitness, and STEAM (science, technology, engineering, arts and math), according to the city request for providers.

“Activities will reflect student’s choice as much as possible,” the solicitation for providers says.

All the remote sites must also offer the students lunch and a snack. Providers are paid $7,812 per student for the school year for the K-8 program, prorated to the start of each contract.

All told, DYCD has received 921 responses indicating interest but is still seeking more offers. The agency just extended the deadline until Nov. 5. A list of sites and providers was posted online last week.

Some medical experts say that the city’s hybrid learning schedule is actually more dangerous than opening school full time because it exposes children to different environments and people.