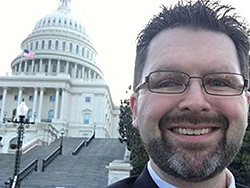 Sleep problems in children from birth to middle childhood may lead to decreased emotional well-being and quality of life by the time a child is 10-11 years old, a recent longitudinal study has found.

The effects of these impairments increased over time and included internalizing and externalizing concerns, self-control, and quality of life, but did not appear to significantly affect cognitive or academic skills, according to Ariel A. Williamson, PhD, DBSM, of Children’s Hospital of Philadelphia, and colleagues. While children with consistent sleep problems experienced the worse outcomes, mild sleep problems also were associated with impairment, the researchers said.

“The range of impairments across academic and psychosocial domains in middle childhood indicate that it is important to screen for sleep problems consistently over the course of a child’s development, especially to target children who experience persistent sleep problems over time,” said Dr. Williamson in a press release.

Caregivers reported sleep issues in the cohort, while well-being outcomes were reported by caregivers and teachers, and tasks were completed by the children at 10-11 years of age. Dr. Williamson and colleagues examined well-being in terms of emotional and behavioral functioning, health-related quality of life, cognitive skills, and academic achievement.

Different Reports From Teacher and Caregivers

Brandon M. Seay MD, FAAP, pediatric pulmonologist and sleep specialist at Children’s Healthcare of Atlanta, said in an interview that the study is one of the first to offer longitudinal data for impairment in children with sleep problems. He said the paper emphasizes the need for recognizing when children are demonstrating sleep problems. “It just shows that problems that aren’t dealt with earlier on definitely have bigger impacts on sleep as you go through life,” he said.

Although primary care physicians and pediatricians should be already asking questions about sleep through anticipatory guidance, he said, intervening earlier for sleep problems is important. He noted children who exhibit sleep problems over time are more likely to have issues in handling their emotions and eventually may develop cognitive issues. “[W]e know that if these problems continue to go through, this paper’s showing us that they have worse effects down the road,” he said.

Impact of the COVID-19 Crisis

These problems may also be worsened by the COVID-19 pandemic. Dr. Seay noted that with many parents working from home, sleep schedules can be affected and parents may also be co-sleeping with their children, which can cause chronic insomnia and early waking. To help address sleep issues, especially ones that may have arisen during COVID-19, parents should make sure their children show up for primary care visits to report problems, and clinicians should make a sleep routine a focus of conversations around sleep problems.

Prior to the pandemic, “we already were hitting upon that in sleep clinic, making sure [they] get the same schedule every day,” said Dr. Seay. For parents with children who have “issues with insomnia or waking up during the night, having that routine in place does help to mitigate that a little bit, so if that routine is not there, it can actually exacerbate the issues.”

This article originally appeared on MDedge.com.