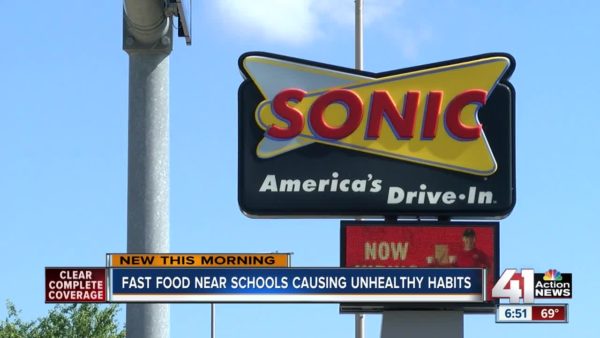 RAYTOWN, Mo. — Students attending public high schools in Jackson County, Missouri, have more unhealthy food options surrounding their schools than healthy ones. A study from the Jackson County Health Department suggests the amount of fast food restaurants around those schools could be contributing to teenage obesity.

Researchers said the 12.7 percent of children between the ages of 10 and 17 in Missouri are obese. And the number of high school students considered obese has nearly doubled since 1999.

“We’ve seen 70 percent of students who are obese or overweight will continue that pattern into adulthood. It’s important we take precautions now, so kids grow up to be healthy adults because once those patterns are established, they’re pretty much going to stick,” said Kayla Parker, a communication specialist with the department.

“I think it’s actually a smart approach that can benefit a large population of people,” Parker said. “Of course, people can still choose to eat at fast food restaurants, we’re not stopping them from going there. We’re just [suggesting] limiting the availability for impressionable kids.”

The study found not as many fast food restaurants surrounding elementary and grade schools in eastern Jackson County. The reasoning could be because those lower level schools are more often found in residential areas and not on main roads, like high schools and restaurants.

Copyright 2019 Scripps Media, Inc. All rights reserved. This material may not be published, broadcast, rewritten, or redistributed.