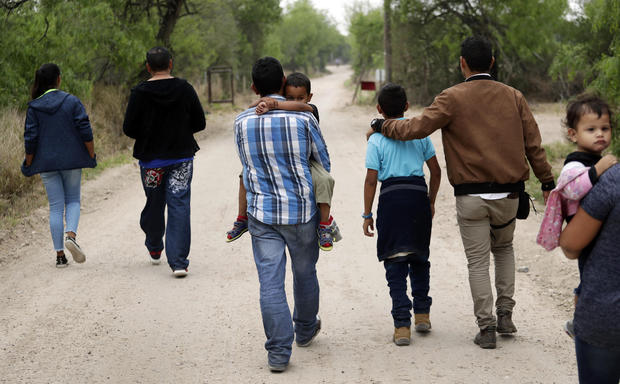 A federal judge in California on Monday refused to create new guidelines to further restrict the government’s power to separate migrant families, issuing a ruling reaffirming the discretion immigration officials have in deciding whether to separate children from their parents in certain circumstances.

Judge Dana Sabraw of the U.S. District Court in San Diego, which has overseen litigation surrounding separations of migrant families since 2018, issued a rare order largely supporting the Trump administration’s defenses for the family separations that came after officials discontinued the controversial “zero-tolerance” crackdown along the U.S.-Mexico border.

The ruling stemmed from a filing last summer in which the American Civil Liberties Union (ACLU) accused the administration of continuing to “systematically” separate migrant children from their parents and asked Sabraw to impose more limits on the latitude officials have to separate families. The “zero tolerance” policy, which led to the separation of more than 2,800 families, was scrapped in June 2018 after massive public outcry, but border officials have since separated more 1,100 children from their parents.

Sabraw said the evidence presented to his court did “not support” the ACLU’s position that officials continue to systematically separate families, adding that he believes the administration has been largely complying with the ruling he issued in June 2018, which barred separations “absent a determination that the parent is unfit or presents a danger to the child.”

In this March 2019 photo, a group of migrant families walk from the Rio Grande, the river separating the U.S. and Mexico in Texas, near McAllen, Texas, right before being apprehended by Border Patrol.  Eric Gay / AP

The administration has said the 1,134 post-zero tolerance separations comply with Sabraw’s 2018 ruling, citing parent’s criminal history, questions about parentage, a communicable disease the parent has, standards at detention centers for families and determinations about the parent’s fitness or potential danger to the child.

The ACLU and advocates, however, have maintained that the government’s power to separate families remains too broad, saying officials are relying on minor crimes and even mere suspicion to justify more separations. Separations, they’ve said, should only occur when the parent is clearly deemed unfit or a danger to the child.

But Sabraw wrote that officials are “generally exercising their discretion” to carry out separations, saying it was warranted for the government to expand the justifications for separations beyond findings that parents are unfit or present a danger to the child.

“Here, the context is an international border between the United States and Mexico, which hundreds, if not thousands, of people cross every day,” Sabraw wrote. “In this context, the government interests go well beyond just the fitness and danger that a parent may present to his or her own child.”

Although he denied the ACLU’s request to set new guidelines to govern family separations and to set up an independent monitor to supervise the government, he did order U.S. officials to conduct DNA tests before separating children from parents when there are questions about parentage. Citing plans to massively expand DNA collection of those in U.S. immigration custody, Sabraw cast doubt of the administration’s assertions that “operational concerns” have hampered the expansion of a pilot program to rapidly determine parentage for families apprehended near the U.S.-Mexico border.

“Given the right at issue here, the harm that parents and children suffer when they are separated, and the undisputed speed, accuracy and availability of DNA testing, the Court finds (the government) must conduct DNA testing before separating an adult from a child based on parentage concerns,” Sabraw wrote.

Last month, CBS News profiled the story of one young Guatemalan father who was separated from his five-year-old son last spring after Border Patrol did not believe he was the child’s parent. Estuardo and his son, Ariel, did not undergo a DNA test before their separation, which lasted for more than four months until advocates contested it and help them reunite.

Five-year-old Ariel spent four months in a government-overseen shelter in New York City for unaccompanied migrant minors, despite coming to the U.S. with his father, Estuardo.   Camilo Montoya-Galvez / CBS News

The new DNA mandate was praised by the ACLU, which said it would look for other ways to make sure the administration does not separate families because of minor crimes committed by the parents.

“The court strongly reaffirmed that the Trump administration bears the burden if it attempts to separate families based on an accusation that the adult is not the child’s parent,” Lee Gelernt, the ACLU’s top lawyer in the case, said in a statement to CBS News. “We are evaluating the decision to determine next steps on how to ensure that children are not separated from their parents based on minor infractions.”

The Department of Justice, which represents the federal government in court, declined to comment on Monday’s ruling.

A recent report by the Department of Homeland Security Inspector General revealed that the administration was planning to separate at least 26,000 children from their parents between May and September 2018.