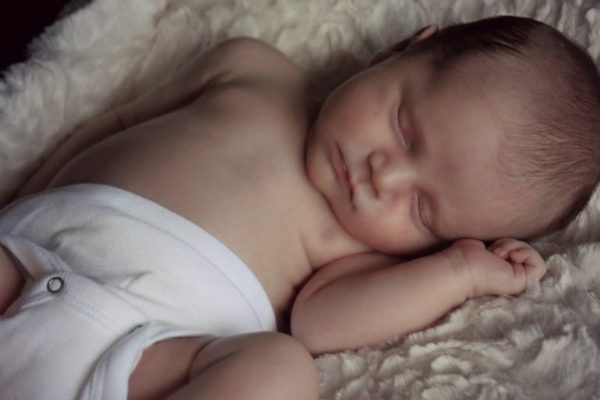 NORFOLK — There’s nothing easy about the crying, sleepless nights, diapers, and all that encompasses becoming a new parent to an infant.

That’s why health professionals at the Children’s Hospital of The King’s Daughters have simplified safe sleeping practices or measures that are in a new parents’ control and could prevent sleep-related infant deaths caused by accidental suffocation or strangulation.

Parents just have to follow the ABCs — Alone. On their backs. In a Crib.

“There are some things in pediatrics that are heartbreaking that we cannot change but this is something we can really make a great impact on,” said Dr. Suzanne Brixey, a general pediatrician at CHKD’s General Booth Pediatrics.

Babies in the first four months of life are at the highest risk, Brixey said, which is why new parents regularly hear about safe-sleeping practices at their baby’s check-up appointments, in maternity wards right after birth, and even throughout pregnancy at their obstetrician’s office.

During Safe Sleep Awareness Month, Brixey said it’s important to take the opportunity to bring parents, the community, and pediatricians together to talk about the issue with a significance that is sometimes overlooked.

Although rates of infant deaths with causes that couldn’t “be explained after a case investigation,” or SIDS, have decreased, 30 babies still died in 2018 from “sleep underlying cause of death” in Hampton Roads, Brixey said.

And, from 2008 to 2018 the Virginia Department of Health reported 277 infants died from sleep-related causes.

To move the issue forward, the hospital connects with its community partner, Sleeptight Hampton Roads, which travels the region ensuring hotels and other lodging businesses have the message about safe sleep and are providing appropriate portable travel cribs that comply with the standards.

The evidence shows putting babies to sleep on a firm crib mattress with no other bedding or soft objects, using an approved bedside sleeper, and breastfeeding also reduces the risk of SIDS or suffocation, Brixeys said.

Allowing a child to nap with a pacifier until about six months old also reduces the risk as long as it’s not attached to a stuffed animal or to the child’s clothes with any strings which could cause risks of choking or suffocation.

“Maternal smoking during pregnancy and smoke in the baby’s environment after birth remain major risk factors for SIDS so we work really closely with families to remove some of that exposure,” she said.

As medical professionals, Brixey said they understand raising an infant is both challenging and exhausting and aren’t judging when they ask questions for the purpose of helping parents do all they can to change habits that could lead to the devastating loss of an infant.

“We know it is difficult to be up at 3 a.m. trying to feed this baby and making sure you put them back in a safe place in the middle of the night,” she said. “We don’t want to scare families but really want to say we know this is tough but we have the resources and are here to help support you.”

Click here for more information about safe sleep and sleep-related infant deaths, and click here to learn how you can donate gently-loved and approved portable travel cribs to Sleeptight Hampton Roads.

Always be informed. Get the latest news and information delivered to your inbox