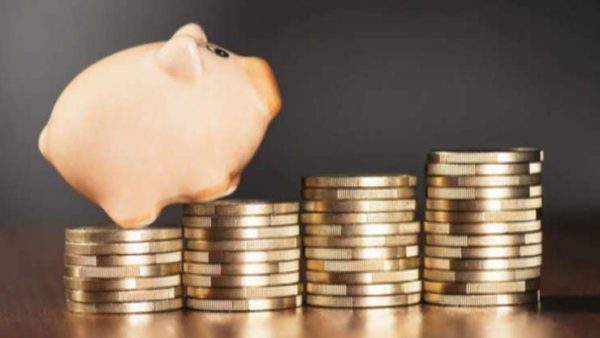 Kids today are growing up in a technological revolution where gadgetry and the internet are a part of everyday life, but one study from market research firm, eMarketer, suggests that the younger end of Gen Z is not as digitally connected as some would think.

For the most part, kids that are 11-years-old and younger are said to be less tech-savvy than individuals who are 10-to-20 years older despite their earlier exposure to gadgets, according to eMarketer. Though, the firm did acknowledge that these kids like to use gadgets for play and story-telling features.

Smartphone and social media usage are said to be more prevalent in kids age 11 and above.

When it comes down to smartphones and social media, eMarketer says young kids in Gen Z are not big users. The firm estimates that only 11.9 percent own a smartphone and social media usage on platforms like Facebook, Instagram, Twitter and Snapchat are in the low single digits.

BABY INFLUENCERS: HOW INFANTS AND KIDS ARE MAKING BIG BUCKS ON SOCIAL MEDIA

However, eMarketer notes that kids between ages 11 and 13 were more likely to own a smartphone in one survey. Ownership for this demographic is at 73 percent, which is higher than kids younger than 11 but is still lower than older teens and adults.

Kids are one demographic that is keeping the tablet industry alive. In 2018, the kids’ tablet market was valued at $9.54 billion, according to Zion Market Research.

In terms of which gadgets kids are using instead of smartphones, tablets remain king with the global kids’ tablet market expected to grow to $36.89 billion by 2027, according to Zion Market Research.

Nearly half of the market is made up of kids 11 years old and younger, according to eMarketer.

Likewise, smart speakers are said to have caught on with older kids in one survey. Going back to Common Sense Media’s findings, 17 percent of kids between the ages of 8 and 12 are using smart speakers daily.

Wearable tech hasn’t had significant effect, according to eMarketer. That isn’t good news for brands like Fitbit, Garmin and others that have kid versions of smartwatches and monitors.

“Screen time is on the rise with kids,” he adds. “The results were so positive that we’ve since teamed up with Disney on Disney, Marvel and Star Wars-themed bands and app experiences. We wouldn’t continue to invest in the kids’ wearable market if we didn’t see significant potential for growth.”

Fitbit did not respond to request for comment from FOX Business.

The most popular form of digital consumption for kids is in the video industry. Live television is more dominant with close to nine in 10 kids watching programming daily, according to eMarketer. Though, the firm notes that the time spent in front of the TV is in decline. Among tweens, 63 percent are frequent TV viewers based on Common Sense Media’s data.

TV watching is still a popular activity among kids and tweens.

Digital video is also prevalent with 56 percent of tweens reportedly watching content online, according to Common Sense Media. Likewise, eMarketer says YouTube is a driving force for kids who watch video online. However, the firm estimates that nearly half of the kids under the age of 11 aren’t YouTube users.

Despite the numbers, kid-friendly streaming services are popping up to try and capture this market. This includes PBS Kids, Boomerang, Nick Jr. and Disney+ in addition to streaming giants like Netflix and Amazon Prime Video.

The second most popular form of digital consumption for kids is in gaming. Three in 10 kids between the ages of seven and 12 play games every day, according to one survey eMarketer highlights. The firm says kids age six and under play about the same amount.

Gaming is the second most popular form of digital consumption for kids age 12 and under.

Mobile gaming is the dominant medium for the kids of today at 46 percent, according to Common Sense Media. Traditional console gaming comes in at 24 percent and computer gaming at 15 percent.

GET FOX BUSINESS ON THE GO BY CLICKING HERE

Not so surprisingly, eMarketer’s study says boys are more engaged in gaming than girls. However, there are reports that refute this claim.

Rebecca Harrison, a video game developer and instructor for game development in Winnipeg says the gaming gap isn’t as drastic as some studies make it seem. She told CBC Kids News in August that girls play games just as much, but they tend to play in categories and mediums than boys.

In her own words, “I feel like guys definitely flaunt it more. It’s like a point of pride for a guy to be good at a shooter game. Whereas for a girl, it’s more of a personal experience.”