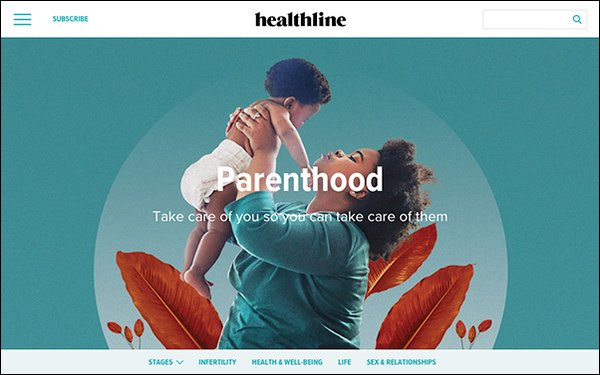 Healthline Parenthood, Healthline Media’s new outlet, is designed as a resource to help parents address their health and well-being while also tending to their expanded family.

“Becoming a parent is overwhelming and complex. Whether it is preparing for parenthood, getting pregnant, pregnancy, or baby’s first year, parents go through a transformative journey that impacts their hormonal, emotional, physical, and mental well-being,” said Dria de Botton Barnes, general manager, Healthline Parenthood.

Healthline Parenthood recognizes the uniqueness of its Gen Z and millennial audience as digital natives who expect access to large amounts of information. Part of its audiences’ focus is also a holistic approach to life.

The outlet’s editorial is shaped, in part, by a survey it conducted that tapped the experiences of 6,667 expectant and new American parents between the ages of 18 and 50.

The results of the survey showed that 56% of parents are looking for outlets that speak to the whole person rather than just their needs as a mom or dad. Some 55% of parents reported that resources generally focus on the needs of their baby and not their own. According to the survey, 36% of respondents report difficulty in prioritizing their health.

Nearly one-third of respondents report they struggle to find advice or support for their own health conditions.

“Healthline Parenthood’s vision is to be an ally to moms and dads — a resource to support their own self-care and wellness,” said David Kopp, president-CEO, Healthline Media. “…With Healthline Parenthood, our readers will benefit from medically-supported, user-friendly editorial to better deal with everything from the common cold to child development to chronic illness.”