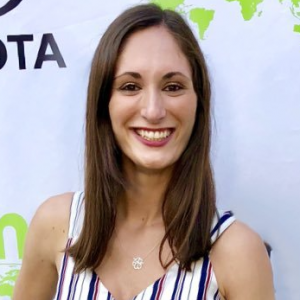 An Oregon couple is urging other parents to prioritize time with their children after they recently suffered an unimaginable loss when their young son died in his sleep.

Highly-successful businessman J.R. Storment and his naturopathic doctor wife Jessica Brandes shared 8-year-old twin boys, Wiley and Oliver, and adored their life in Portland as a family of four.

However, their lives were flipped upside down last month when Brandes discovered her son lifeless in his bed and was then forced to tell her husband — in a phone call that no parent should ever have to make — that Wylie was dead.

The heartbreaking events that transpired were detailed in respective essays on Storment and Brandes’ LinkedIns — an appropriate medium for the successful couple who admitted that they regretted working often and urged others not to miss out on precious time with their children.

“Hug your kids. Don’t work too late. A lot of the things you are likely spending your time on you’ll regret once you no longer have the time,” Storment wrote. “If there’s any lesson to take away from this, it’s to remind others (and myself) not to miss out on the things that matter.”

“If we’ve learned anything at all, it’s that life is fragile and time really can be so cruelly short,” Brandes wrote in her post. “We wish a lot of things were different, but mostly we wish we’d had more time. If you are a parent and have any capacity to spend more time with your kids, do.”

RELATED: Disney Actor Cameron Boyce’s Parents Speak Out About His Tragic Death: ‘He Is Our Shooting Star’

Storment began his emotional essay, which was published last Tuesday and has since gone viral, by revealing that in the same month he welcomed his sons eight years ago, he also founded his financial analysis company, Cloudability.

The company was acquired three months ago, and approximately three weeks ago, Storment said he learned the devastating news that he had lost his son.

“When I got the call I was sitting in a conference room with 12 people at our Portland office talking about PTO policies,” he recalled. “Minutes earlier, I had admitted to the group that in the last 8 years I’d not taken more than a contiguous week off.”

“My wife and I have an agreement that when one of us calls, the other answers. So when the phone rang I stood up and walked to the conference room door immediately,” Storment continued.

RELATED VIDEO: Bode Miller’s Wife Speaks Out After Toddler’s Death: ‘I Pray No Other Parent Feels This Pain’

The phone call was “icy and immediate,” Storment recalled, and after hearing his son was dead, he wrote, “The next thing I know I’m sprinting out the front door of the office with my car keys in hand, running ferociously across the street.”

Meanwhile, after notifying her husband, Brandes focused on calling 911 and telling Oliver what had happened.

“I knew I had approximately 4 minutes to explain to Oliver that his best friend had died and 15 people were about to swarm our home,” she wrote. “I asked him to pick a location where he would feel safe. Then, sirens.”

From there, the couple detailed the chaotic scene that included their cul-de-sac being “packed with emergency vehicles,” a rush of first-responders storming their driveway with equipment, being unable to see Wiley for nearly 3 hours amid the potential crime scene investigation, and comforting Oliver.

“They confirmed our son’s death using cardiac leads and slowly returned their equipment back to their truck because even an entire truck of life-saving measures couldn’t be used to save this one,” Brandes sadly recalled.

RELATED VIDEO: Family Devastated After Miracle 1-lb. Baby Who Survived Birth Dies a Week Later: Our ‘Hopes Were Up’

After the investigation was complete, the parents were finally able to see their son in an emotional moment that both Brandes and Storment remembered as intimate but heartbreaking.

“An eerie calm came over me. I laid down next to him in the bed that he loved, held his hand and kept repeating, ‘What happened, buddy? What happened?’” Storment recalled. “We stayed next to him for maybe 30 minutes and stroked his hair before they returned with a gurney to take him away.”

“Our time was limited. It was not the way a parent should have to see their child, but it was all we had,” Brandes wrote. “We held his hand and fixed his hair and kissed his head until our time ran out.”

Storment said his son was wheeled down the driveway to a black minivan, and he followed alongside him, “holding his hand and his forehead through the body bag,” as his wife watched on.

“And then one by one, the cars all drove away just as quickly as they had arrived leaving J.R., Oliver and I standing in our driveway in a completely different world than the one we had woken up to,” Brandes wrote.

The eight-year-old, who was previously diagnosed with an extremely mild form of epilepsy called Benign Rolandic Epilepsy that typically self-resolves in teenage years, is believed to have died from SUDEP (Sudden Unexplained Death of Epilepsy).

RELATED: How Does Someone — Like Cameron Boyce — Die from Epilepsy? A Neurosurgeon Explains

“SUDEP is generally seen to be unpredictable, unpreventable, and irreversible once it starts,” Storment explained. “It can be tied to a seizure but many times the brain just shuts down. Statistically, it was highly unlikely to hit our son: 1 out of 4,500 children with epilepsy are affected. Sometimes you end up the statistic.”

“If you think of brains as being the computers of the body, Wiley’s just turned off,” his mom wrote. “No known trigger, no warning. It just shut down and without a brain, there is nothing.”

“I take solace in the fact that it was peaceful. Wiley was warm and happy and asleep in his favorite place next to someone who loved him,” she continued, referencing his twin brother. “If I were to design my own death, it would be exactly that.”

In the time since that day, Storment said he has struggled come to terms with all of the things his son looked forward to doing in his life but never got to accomplish, like starting a business and getting married — something the young boy had dreamed of and had even announced the girl he wanted to be his wife when the day came.

“One of the countless difficult moments of this month was signing his death certificate. Seeing his name written on the top of it was hard. However, two fields further down the form crushed me. The first said: ‘Occupation: Never worked’ and the next: ‘Marital Status: Never married’. He wanted so badly to do both of those things,” he wrote. “I feel both fortunate and guilty to have had success in each.”

He also looked back on his final hours with Wiley with some regret, explaining how he briefly yelled at him for being bossy around his friends during a play date.

“I was stern with him. Too stern in hindsight. And I made him cry. It’s one of the last interactions we had and I’ve beaten myself up for it a dozen times,” he admitted. “A few hours later, things had calmed down … I had a very sweet interaction with Wiley at bedtime and apologized for making him cry. We had a good snuggle and I went to bed myself.”

“Around 5:40am, the next morning I woke up for a series of back to back meetings. I did a Peloton ride, took an analyst call from my home office, one with a colleague on the drive to work, then the rest at the office,” he continued. “None seem that important now. I left that morning without saying goodbye or checking on the boys.”

RELATED VIDEO: Grieving Mom Speaks Out on Dealing with ‘Guilt’ After Baby Dies During Home Birth

Now, Storment and Brandes said their family is adjusting to a new normal — with a brand new perspective.

“Our family has gone from having two units of two (the parents and the twins) to now being a triangle of three,” Storment shared. “That’s a big adjustment for a family that has always been four. Oliver’s brilliant reply when we discussed the shape of our new family: ‘But Papa, the triangle is the strongest shape.’”

“We’re going to work on this new life — how to live it as best we can,” Brandes added. “We are navigating uncharted waters and we will be for the foreseeable future.”

And when it comes to their work schedules, the parents said they plan on prioritizing more time with Oliver and improving their relationships with him — something Storment said is a “silver lining from this tragedy.”

“I believe in the words of Kahlil Gibran who said, ‘Work is love made visible.’ To me, that line is a testament to how much we gain, grow and offer through the work we do,” Storment wrote. “But that work needs to have a balance that I have rarely lived. It’s a balance that lets us offer our gifts to the world but not at the cost of self and family.”

“Out of these ashes have come many new and restored connections,” he went on. “And I hope from this tragedy you consider how you prioritize your own time.”

Added Brandes: “When it ends, there’s just photos and leftover things and time is no longer available to you. It is priceless and should not be squandered. Take your vacation days and sabbaticals and go be with them. You will not regret the emails you forgot to send.”

“From now on, if you email or text me and my reply takes longer than expected, know that I am with the people I love sharing my time, creating my new identity and I encourage you to do the same,” she wrote.