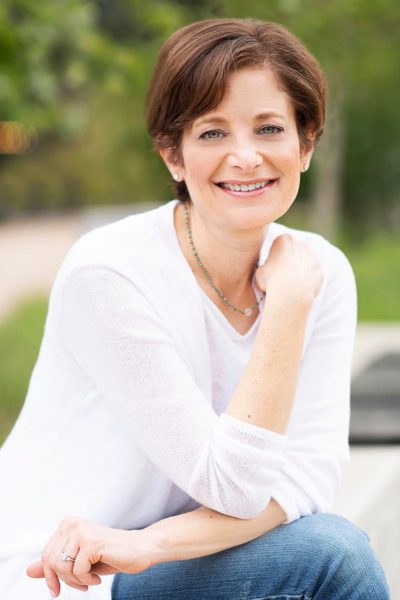 Houston writer Bettina Elias Siegel has navigated her own kids’ picky eating, eventually becoming an advocate for better school lunch programs. Her popular website, the Lunch Tray, tracks school lunch news, and now she has written her first book. Kid Food: The Challenge of Feeding Children in a Highly Processed World focuses on so much more than just school lunch, though. Siegel turns a sharp eye to the past, present, and future of what kids eat, asking how we got into this mess in the first place—and how we’re going to get out of it.

Texas Monthly: You’re known for writing about school lunch in particular, but this book takes a broader approach. What all does the term “kid food” encompass?

Bettina Elias Siegel: I’m looking at the way we feed kids in America in so many different contexts, whether it is in the school cafeteria, in a restaurant menu, the products that the processed food industry is pushing on parents as quote-unquote “kid food” that we buy for serving in our own homes. It really encompasses everything in children’s daily lives.

TM: This whole idea that there should be a separate set of food for children that exists parallel to food for adults is a relatively recent phenomenon, correct? People haven’t been feeding children entirely different food forever.

BES: There are two levels of advocacy that you can engage in. The first is, one-on-one or with groups of parents in your child’s daily life. Those are more immediate contexts, like in their sports league or in their school. The fourteen rules that I offer in the book are for that kind of face-to-face advocacy. The number-one rule is to always try to have backup, to have other parents join you in your effort. Because if you’re the only parent speaking up, it’s very easy to get dismissed as the food Nazi. But if you have ten parents speaking up, suddenly you’re a force to be reckoned with. I offer other rules like that—help parents in those daily, immediate contexts. But I also am pretty frank in the book about the fact that some of these problems, the ones that tend to often have more of an impact on our kids in many ways, are really high-level problems that can only be fixed through the political system. And I totally get that parents are tired and busy and have a million other things to think about, and when we’re thinking about voting for our elected officials, we don’t necessarily think about these issues. But they are in the control of our government. For example, we could be regulating junk food advertising to children. We could ban it if we had the political will. It’s just that parents, I think, don’t even think to ask for it. Similarly, we could be better funding our school-meal program, like other countries do. So it’s two levels of advocacy. One is the stuff you can do in your daily life, and then the other is “Let’s get together and make some noise.”

TM: And looking at the political side of it is something people without kids can do too. We can all look at our political candidates and ask, “Who is talking about school lunch?”

BES: Exactly. Exactly. In fact, this is the first election cycle I’ve ever seen where it’s actually being talked about. And the hook, the thing that got everyone interested, is that issue of lunch shaming. That caused such a public outcry that it’s finally focusing the electorate and Democratic candidates on this notion that if we had universal lunch, if everyone got lunch for free, we wouldn’t have lunch shaming anymore. So it’s the first time I’m even hearing school lunch being talked about in a presidential campaign. It’s great.

TM: To bring it local for a moment, how are we doing here in Texas, when it comes to kid food?

BES: Texas has actually been more than a little bit ahead of the curve in some ways, which surprises people outside of Texas. For example, back in the early 2000s, our state had a competitive food policy, which was intended to kind of keep the worst junk food out of school fundraising. And there was no federal requirement that they do so. That was really advanced compared to other states. Now we have this federal scheme that governs junk-food fundraising, and every state can set a certain number of days when it’s allowed, and then the rest of the year you’re not supposed to be selling unhealthy food for fundraising. Twenty states have said there’s no exception, which is obviously the most progressive thing you can do. Texas said six days a year you can sell junk food. So that’s not terrible. But one thing I’ve observed, at least here in Houston, is I’m not sure that that’s rigorously enforced. I think that’s violated with some regularity. And that’s really troubling because when you have a wonderful school food director like Betty Wiggins trying to serve healthy food, but she’s got junk food being sold down the hall for the fundraiser, it makes her job much harder.

TM: One thing you mention in the book that I’m also passionate about is the need to bring back home economics as a way to teach people to feed themselves well. Absent that, how do we make sure kids leave home with basic nutrition skills?

BES: I’m so passionate about this. If your kids leave your house without basic cooking skills, it’s just a fact that they’re going to become very heavily dependent on fast food, takeout, ready-to-eat, processed food. It’s just inevitable. And those foods are, by and large, a lot less healthy for them. I think it’s such a critically important life skill. In one respect, I also think that we’ve elevated cooking so much in our society. We’ve got celebrity chefs and the Food Network and all of this stuff. I think we’ve almost intimidated people and left them feeling like only superstars can cook. We need to remind everybody that there’s just good, simple, basic home cooking that can be really economical and really quick and satisfying. [With basic cooking knowledge], you’ll always be able to take care of yourself, and you’ll always be able to feed other people, which is such a wonderful thing to be able to do.

TM: Are there cookbooks you recommend to help people teach their kids to cook?

BES: My appendix has a lot of cookbooks just for kids. They’re so much fun. Some of them I knew about because I’ve either reviewed them or someone has sent them to me, but some of them were new to me. I really had fun putting together that section because I think there are actually wonderful resources out there.

TM: You’ve been covering this topic for a while now. Are you seeing signs that kids’ food is getting better? Any signs of hope?

BES: There are definitely signs of hope. Maybe the biggest one is school lunch, although I discuss many areas where there’s room for improvement in the book. I still think school food is a wonderful success story over the last few years. We had the reforms that were championed by Michelle Obama during the Obama administration. They’ve now taken effect across the board. Kids are definitely getting a healthier school lunch than they were before. There was a lot of negative press saying that kids are throwing out the healthy meals and turning up their noses. But a study just came out this spring, commissioned by the USDA, hugely comprehensive study, that found the exactly the opposite. Kids are not throwing out the food at any greater rate than they were before. And in districts that are doing a better job serving healthier food, the participation is actually up. That is not just one of the best and most important kid food stories, but also public health stories to come out in the last few years.