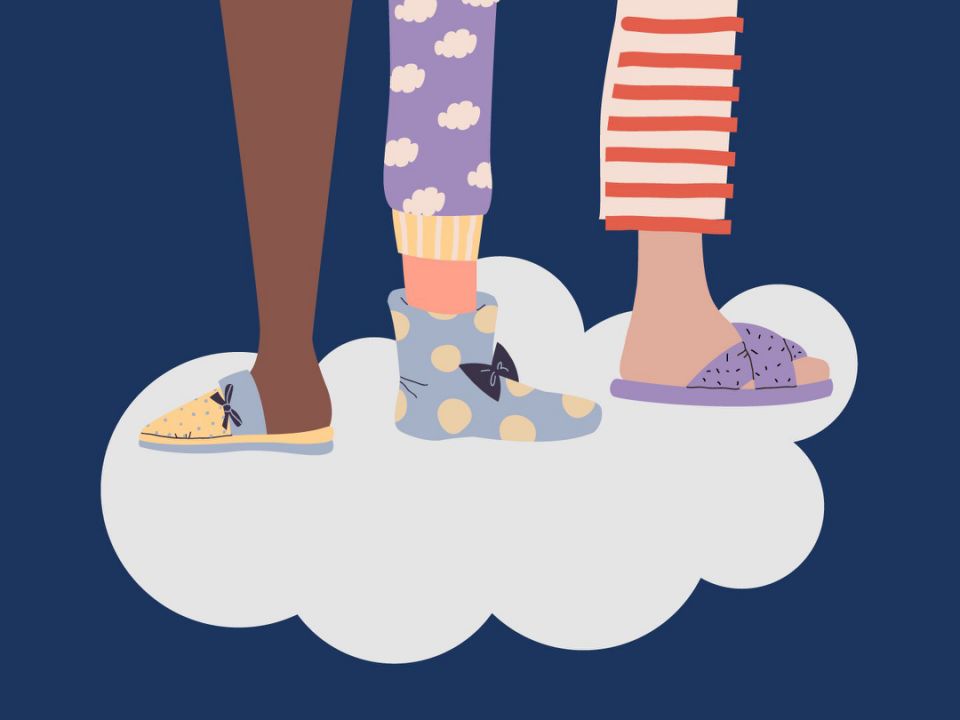 When it comes to your teens and sleep, the summertime can be a bit challenging. The transition from the school year to summer hours is tricky since their routine won’t be as regimented as much. Teens don’t have to wake up as early as they would on a school day, and their curfew hours might be extended. Not to mention there’s bound to be impromptu late nights and vacation hours. Maintaining a consistent sleep schedule during the summer might be difficult, but it’s important that teens have adequate sleep no matter what time of the year it is.

“Teens really need a proper night’s sleep. Even though they look grown up, their brains, specifically their prefrontal cortex are still developing, maturing and planning,” Tara Youngblood is the Co-Founder, Chief Scientist, and CEO of Chili Sleep, tells She Knows. “A recent study found that teens with earlier bedtimes are less likely to suffer from depression and thoughts of suicide. The findings suggest that getting a good night’s sleep and going to bed early is a good strategy for lengthening sleep duration and increasing the likelihood of getting enough sleep.”

Most teenagers sleep between seven and 7 ¼ hours, says Youngblood. However, studies show that they need between nine and nine-and-a-half hours.

“Teenagers do not get enough sleep for a number of reasons, including the shift in sleep schedule because it is easy for them to stay up at night in the summer, gaming, or socializing, especially since it is light out later,” she says. “Whenever they go to bed, they still need 9+ hours of sleep.”

Below, tips on how to help your teen keep healthy sleep habits for the summer.

Be consistent with their sleep schedule

According to Dr. Kent Smith, renowned sleep expert and president of the American Sleep & Breathing Academy, keeping your teen’s sleep schedule consistent during summer hours is one way of helping them get a restful sleep.

“Although it can be tempting to throw out the 6:30 a.m. wakeup call and 8 p.m. bedtime with the pencils and books, encourage your kids to go to sleep and wake up within 60 minutes of their normal sleep schedule to help regulate their internal clock,” Smith says.

Help them identify any triggers that might prevent them from sleeping

Is your teen having a hard time falling asleep or waking up in the middle of the night with anxiety that’s preventing them from a sound sleep?

“Help your teen identify the triggers that keep them from falling asleep and staying asleep throughout the night,” Dr. Jodi J. De Luca, PhD, a Colorado-based clinical psychologist, tells SheKnows. “Are they worried about things?  What about the temperature in the bedroom?  Is it too hot or too cold?  Is their pillow too hard or their mattress too soft?  Is their screen time or cell phone time affecting their sleep?”

De Luca says once the triggers that contribute to their lack of falling and staying asleep are identified, it is then “important that you help them to make an effort to address them in the most realistic and best way that you can.”

“Instead, have your kids focus on a more relaxing activity like tackling that summer reading list or listening to music. Avoid anything with a screen, as the light from electronic devices can cause sleeping difficulties by convincing the brain that it’s daytime.”

Ensure your teen is calm and peaceful before sleep

“Avoid having emotionally-charged conversations or arguments with friends and family before bedtime,” says De Luca. “The body’s built-in ‘fight or flight system’, an acute stress response, is activated during these encounters. A surge of stress hormones (adrenaline, cortisol, epinephrine) are released into the body, and create a state of hyper-arousal versus rest, relaxation, and sleep.”

If your teen is upset about anything, whether it’s with you or a friend, invite them to have a peaceful conversation so they’re able to express their feelings and find a way to resolve whatever discomfort they might be experiencing.

Stay active and get outside

The summertime is a perfect time to stay active and move. “Daily physical activity provides kids and adults an immediate mood boost by releasing endorphins, which reduce anxiety and make us feel good,” says Smith. “Plus, it’s no secret that children sleep better after playing outside and soaking up some vitamin D. Exercising too close to bedtime, however, can hinder your child’s ability to fall asleep, so try to give them enough time to wind down between playtime and bedtime.”

The above tips should help your teen have a restful sleep this summer. However, if you’ve tried many methods to help them sleep and still none of them seem to work, De Luca advises to consult your medical doctor for a thorough medical evaluation as certain medical conditions and medications can interfere with sleep.

Before you go, check out our favorite sleep products that actually help you get a good night sleep:

Launch Gallery: The Best Products That Help Kids Sleep, According to Real Moms