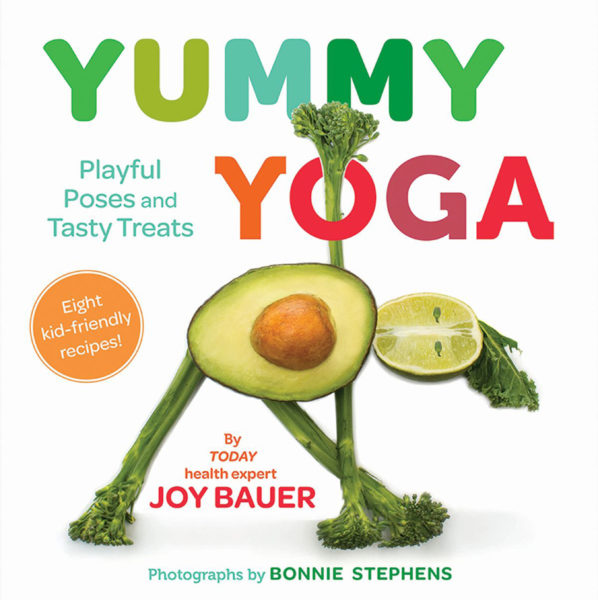 When it comes to healthy living at a young age, it seems Joy Bauer has managed to get children to not only eat well, but also exercise by introducing them to kids’ yoga.

“I’ve been working with kids my whole career and I know that the key to entice them and get them interested in health is always through fun,” Bauer, 55, tells PEOPLE.

She adds, “The whole idea was to sneak in at least one or two foods that the kids haven’t tried yet, so that we could excite them to discover new, delicious things that they might not be so apt to gobble up.”

RELATED: Paula Deen Is Hosting a New TV Show — and Is Trying Some Healthy Vegan Recipes!

Bauer and her friend Bonnie Stephens, the photographer behind Yummy Yoga, conducted ample research into what kind of material they were looking to use for the book. Among their discoveries, they found that the book received plenty of traction in classrooms through cooking lessons or taste-test homework.

“When you make it fun, they absolutely latch on,” Bauer says, reflecting on the times her own kids would help her out in the kitchen growing up, and now her younger nieces and nephews.

“The goal of this book was to mimic what has worked for me, both in my personal life and throughout my career,” the mother of three explains.

RELATED VIDEO: Inside Adele’s New Focus on Healthy Living — and the Sweet Reason Behind It (Her Son Angelo!)

Seeing that both Bauer and Stephens are yogis, the choice was obvious in what exercise they opted for kids to learn.

“It’s so darn trendy right now. You can do it anywhere — you could do it in your living room, you could do it in a classroom at school,” Bauer tells PEOPLE. “We have such great research showing that when kids specifically [do] yoga, it boosts their immune system, it increases core strains, it enhances flexibility and balance.”

“This is the beginning of my entrance into the kids’ space for sure, which makes me so happy,” she adds of pursuing similar projects in the future.