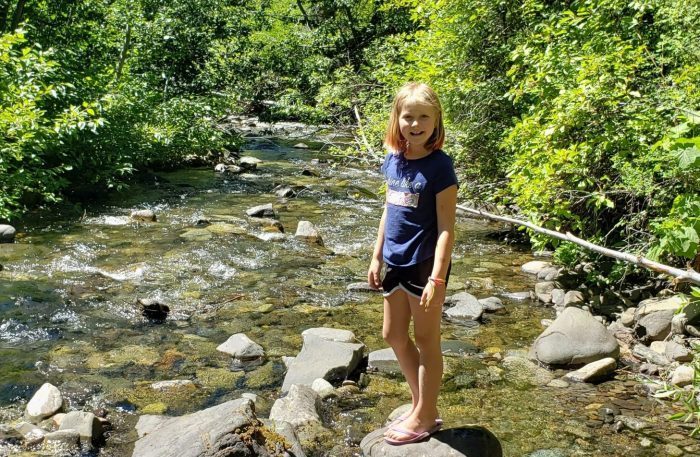 Emily Caveness, 9, had always been a very active sleeper. When her lack of restful sleep started disrupting her social and school life, her parents sought the help of sleep medicine experts at Seattle Children’s where they first learned of restless sleep disorder in children.

An international panel of sleep experts is adding a new pediatric sleep disorder they call restless sleep disorder, or RSD, to parents’ and pediatricians’ radars.

Led by Seattle Children’s pediatric sleep specialist, Dr. Lourdes DelRosso, the group shares their consensus on a medical definition of RSD in a new paper published in Sleep Medicine. Known to occur in children 6-18 years old, RSD can lead to attention impairment, mood and behavioral problems and other issues at home and school due to poor sleep quality.

“For many years, those of us in sleep medicine have recognized a pattern of sleep that affected a child’s behavior but didn’t fit the criteria for other known sleep disorders or conditions linked to restless sleep like obstructive apnea or restless legs syndrome,” DelRosso said. “This work provides consensus on a definition and diagnostic criteria for RSD, offering a new tool to help more children suffering from restless sleep.” 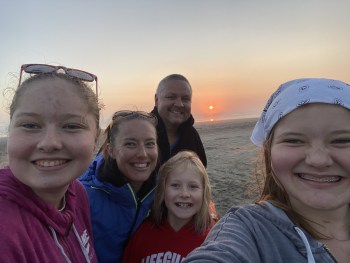 Melissa Caveness of Ellensburg, Washington sought the expertise of a sleep specialist when the youngest of her three daughters, Emily, started school and had trouble staying focused. She was cranky and impatient with her friends. Her parents noticed the bags under their daughter’s eyes and sensed it might be tied to her sleep.

“From the very beginning, it seemed like Emily was very active in her sleep,” Caveness said. “Over the course of a night, she would roll around, kick and move her arms and her head. She almost fell out of the bed numerous times. We tried everything to help her – lavender and chamomile, melatonin, strict sleep schedules, you name it – but nothing worked.”

After mentioning it to their pediatrician during Emily’s well child visit, she referred them to Seattle Children’s Sleep Medicine clinic. It was there the family first met DelRosso to go over the results of Emily’s sleep study. DelRosso told them about her ongoing research in RSD. Based on the sleep study results, DelRosso thought Emily fit the developing criteria for RSD and she asked if the family would be interested in participating in her research.

“My hope was to help give Emily a good quality of life because she’s just starting out,” Caveness said on their decision to enroll Emily in the study. “I want her to have friends and to be able to participate in school. Anything we can do to help her feel good is important.” 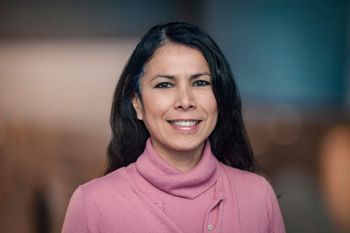 DelRosso says the Caveness’ experience is not unique. In her ongoing research to describe RSD and identify treatment options, DelRosso found that about 7% of children referred to her clinic qualified for restless sleep disorder.

“Wrestling in their sleep, sleeping like a helicopter or thrashing in the bed are some words I’ve heard parents use to describe their child’s sleep,” she said. “The first step to addressing this disorder in children is to recognize that this is not restful sleep.”

DelRosso and the committee reviewed all available literature to establish eight agreed upon criteria for diagnosing RSD. These include major body movements during sleep, symptoms that persist over three months and a resulting daytime impairment.

A referral to a sleep study is needed to diagnose RSD, so DelRosso hopes the publication will bring greater awareness of the disorder among primary care providers and pediatricians.

“If parents or caregivers think their child may have a sleeping disorder, they should first talk to their doctor,” she said. “They can assess the issue, rule out other causes of poor sleep and determine whether a sleep study is needed.” 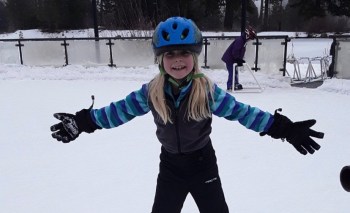 After receiving iron supplementation for RSD, Emily’s parents quickly saw a drastic difference in their daughter. “It was incredible,” her mom said. “She was sleeping better. She wasn’t as cranky. She wasn’t at the bottom of her bed in the morning when we would go in to wake her up.”

The good news is once RSD is identified it is typically easily addressed with iron supplementation.

“There’s a lot of evidence that points toward an association between movement disorders and iron deficiency in the brain,” DelRosso said. “In children with RSD, we recommend checking their levels of a protein needed to store iron called ferritin and if they are low, begin supplementing with iron.”

At Seattle Children’s, DelRosso is leading studies on the use of oral and intravenous iron to treat RSD as part of the Center for Clinical and Translational Research. Emily participated in one of the ongoing studies where she received a single infusion of intravenous iron after a test showed that her ferritin levels were extremely low. She then took a daily oral iron supplement for three months as maintenance.

Her parents quickly saw a drastic difference in their daughter.

“It was incredible,” her mom said. “She was sleeping better. She wasn’t as cranky. She wasn’t at the bottom of her bed in the morning when we would go in to wake her up.”

Over time, Emily will have her iron and ferritin levels re-tested and may need to additional supplementation if they dip too low.

Since it may take up to a few months to get in for a sleep study, DelRosso says parents can try adding iron rich foods like spinach and certain cereals to their child’s diet while they wait for their appointment. They can also ask their pediatrician to check iron and ferritin levels since in some cases, it may be appropriate to start iron supplementation before the sleep study.

“It brings back to the equation the quality of sleep”

The new diagnosis also reinforces the importance of good quality of sleep for kids and teens.

“As pediatricians, we often focus on the quantity of sleep, telling parents your child needs 10-11 hours of sleep each night,” DelRosso said. “What is really exciting about moving forward with this new diagnosis is that it brings back to the equation the quality of sleep. Not only should a child get a good amount of sleep, we also want to ensure that the sleep a child gets is good quality.”

The Caveness family is grateful the diagnosis is helping Emily, now 9, thrive.

“She’s our most energetic kid,” Caveness said. “It was a long journey to get here, so it makes it all worth it to see her loving her friends and school. Having the knowledge of her diagnosis also gave her control. Emily now recognizes when she’s feeling tried and might need to see the doctor. She doesn’t just wake up cranky, hating the world.”