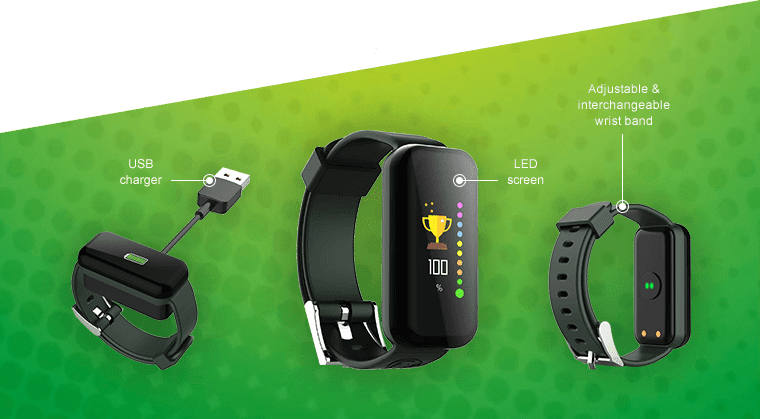 It’s been some time since MILO dipped their toes into the kids fitness tracker arena, but they’re back with a new fitness band and a brand new, updated Champ Squad app.

The new MILO Champ Band will sell for $39.99 + delivery ($6) through the MILO website, but comes with some pretty decent new hardware features for the price.

The MILO Champ Band still tracks your steps, but it now tracks your kids heart-rate, and its waterproof. The large LED display shows the date, time, battery status and comes with a Dark Green coloured strap.

The MILO Champ Squad app – available on Android and iOS – has also been updated with a focus on Foundational Movement Skills (FMS), the basics of sports which your kids can earn XP points in the app for completing challenges.

The app is controlled with a parental dashboard which is locked by a pin, that lets you monitor each of your kids activity.

Kids are spending a lot of time inside and in front of screens these days, so encouraging movement and good nutrition is a great idea. Making it a game offering Badges and XP to unlock is also a great idea as well.

To check out the new MILOChamp Band you can head to the MILO website to order.

Daniel has been talking about, learning about and using tech since he was able to toggle switches and push buttons. If it flashes, turns on or off or connects he wants to use it, talk about it and learn more about it.