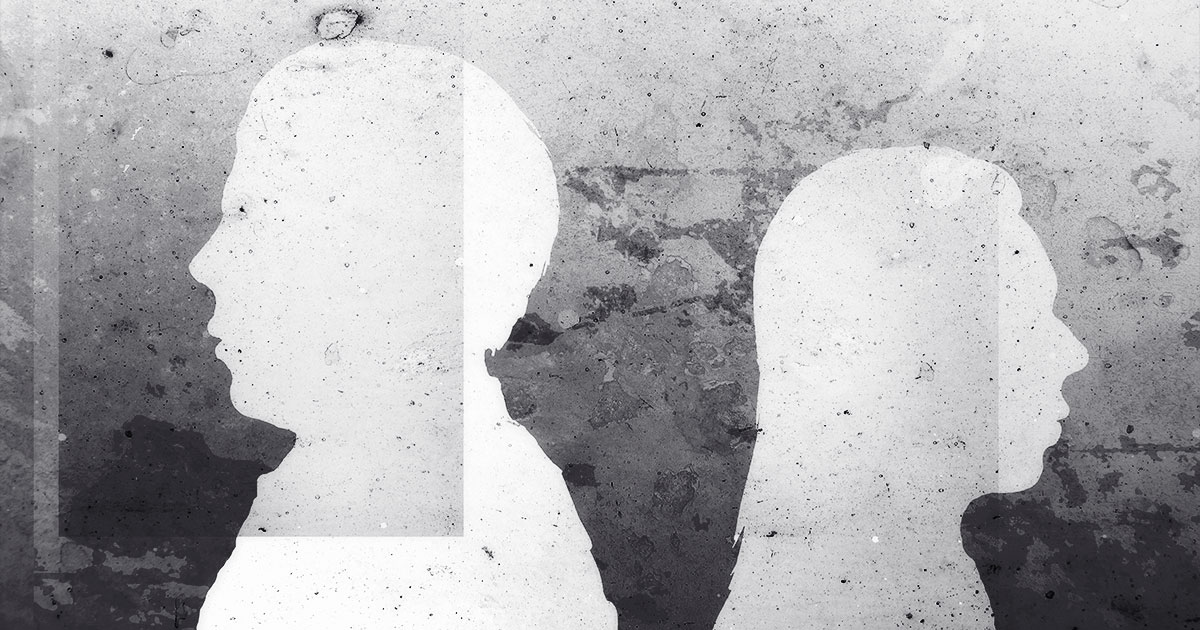 My father left when I was eight. The details about his leaving are murky, but in my memory, he was just gone. One day, I came home from school and his clothes were gone, without warning, without discussion, and without any promises to return. In one afternoon, he stole our family dog and replaced it with a trauma wound based in the fear of abandonment.

I can’t remember exactly how many times he visited after he left—but less than a handful feels true. The last time I saw him—or at least the last time that stands out in my memory—he drove his car in a rage across the front lawn, through the gap in our white picket fence.

His calls dwindled to twice a year, and after a while, they stopped altogether. He never saw me drive a car or graduate—not elementary school, middle school, high school, college, or law school. He never met my husband. He didn’t walk me down the aisle or dance at my wedding. He didn’t sit by my side as I sat vigil at my husband’s hospice bed.

Recently, though, he has been trying to get in contact with me. He’s tried a handful of times in the last few years. The messages have ranged from aggressive to rambling to blaming. I’ve blocked all his attempts.

Now that my kids are older, they have taken stock of their family and noticed someone missing. We spend so much time and give so much love to speaking about their father, who fought with his last breath to be with them, that they have begun to ask about my father.

I’ve told them that he’s alive, that they have a grandfather living somewhere else. I’ve told them that I don’t talk to him and have no plans to let him into our lives. They don’t understand. They are two children who lost their father to cancer, who would turn the world inside out if it meant they could have their dad, and I am actively choosing to keep mine from my life — and, by extension, their lives. They have lost so much, and I am not giving them a chance to gain. There’s an inherent unfairness in that choice, which I’m sure my kids feel even if they are not yet able to express in words. To be honest, I’m struggling to find the words to explain it, too.

I can’t say that I’m still angry, because I’m not. I don’t feel anger any more when I think about all the things he missed. I don’t feel rage when I think about how difficult everything became for my mom who was left to work two jobs and pick up the pieces for three kids. I can’t say that I haven’t forgiven him, because I have. I have forgiven him for being a flawed human being, for making choices I cannot understand and would not make, because we are all flawed human beings and all making choices that others may not make. I can’t even really say that I hate him, because I cannot hate someone I do not know.

If I’m not angry — and I have forgiven, and I do not hate — then what reason can I give to my children, who lost their father, to explain why I am making a choice to reject my father?

I think, though I can’t be sure, that the explanation lies in the reason behind why I’m not angry, and why I have forgiven, and why I don’t hate. I have made the choice to not be angry and to forgive and to not hate for me, not for him. I have made the decision not to live with that resentment and negativity for my entire life, for me, not for him. I am choosing to forgive as an act of self-care, not as an act of absolution.

As a result, I am choosing my own peace over his.

Guilt creeps in the moment I put that thought into words on a page. I feel selfish admitting I’m choosing my peace. Because people are allowed to make mistakes. And it seems almost cruel to keep a grandfather from ever meeting his grandchildren.

But I have to remember it is not selfish to choose your own peace, and even if it is, selfish doesn’t have to be a bad word. And also, actions have consequences—both mine and his. He made a choice time and again over thirty years to stay away, to blame, to run from responsibility, and now it’s my turn to make a choice. My choice is to forgive, without forgetting. It will be his choice, now, to forgive me or not, to be angry with me or choose to hate me. Whatever choice he makes, it will be a choice he makes only for himself, for how he chooses to move forward with his life.

And when it comes to my children, when they ask how I can reject a father, when a father (their father) is the thing they most desire, I will tell them that it’s a privilege to know them, to be in their lives, and their grandfather has not earned that privilege. I will tell them that their father was a father, in every way that mattered beyond biology. My father, their grandfather, is so only in biology. And biology alone does not grant him access to me or to us.

I will tell them all that, and then one day, when they are older, let them choose whether to forgive me for my choice or not.