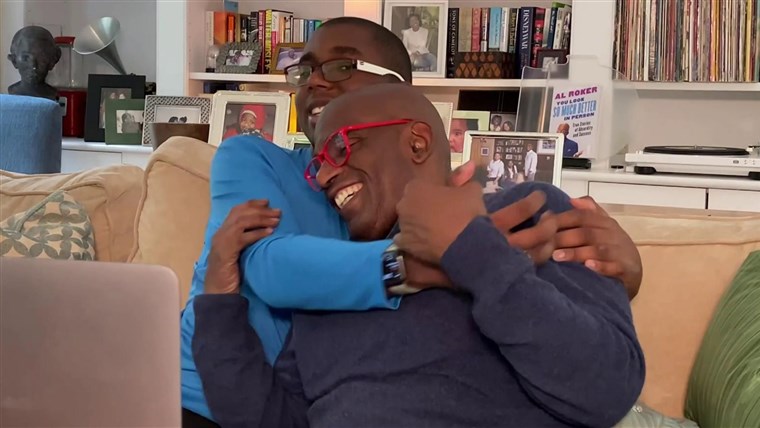 At the beginning of the coronavirus pandemic, “New Girl” alum Max Greenfield told himself he was going to “take the reins” with his daughter’s schooling.

Several months and viral videos of things not exactly going according to plan later, the only thing he’s sure of is that he gave it his best shot!

“I was like, I’m really gonna dive into this homeschool because my wife was working remotely,” he laughed in an interview with TODAY. “I thought I was really gonna take the reins on the homeschool front and it happened so abruptly.”

“Sunday we were like, ‘Oh this feels like it’s getting really bad’ and then on Monday it’s like, ‘It’s worse than you could have ever imagined.”

Trending stories,celebrity news and all the best of TODAY.

Greenfield, his wife Tess Sanchez, and their two kids, Lilly, 10, and Ozzie, 4, have been quarantined in Los Angeles together for months. To pass the time, he’s been making hilarious videos with his daughter and sharing them with his 1.6 million Instagram followers.

“I remember just feeling overwhelmed and totally scared and I thought like, ‘Well if there was ever a time to utilize social media … because I can’t be the only one who is feeling like this,” he explained.

“I felt like she was way more engaged with making the videos than she was with any of her schoolwork,” he said with a chuckle.

He’s also been — like most parents — his kids’ personal chef as of late and has subtly been tricking them into eating healthier.

Greenfield doesn’t eat red meat but his kids will have the occasional burger. Amid the pandemic, he’s been secretly giving them Lightlife burgers, which are plant-based, and they haven’t been able to tell the difference.

“Every time they eat a full plate of that I feel like I really won,” he chuckled. “Same thing with like protein pancakes, you’re like, ‘No I promise these are regular pancakes!’”

“My kids are total disasters if they’re not eating properly or getting enough protein,” he said. “Left to their own devices they just load up on pasta and cheese and then like 17 desserts. And you’re like, ‘C’mon man, we can’t do this!’”

And though Greenfield recently helped launch Dadz, a dad-focused parenting and baby goods company, he laughed when we asked him for parenting advice.

“I definitely do not have any advice! If I knew anything, trust me, I’d be sharing it with everybody!” he said. “I think the best advice is don’t act like you know anything and try to do your best in the moment.”

Samantha Kubota is a digital journalist and editor for TODAY.com.