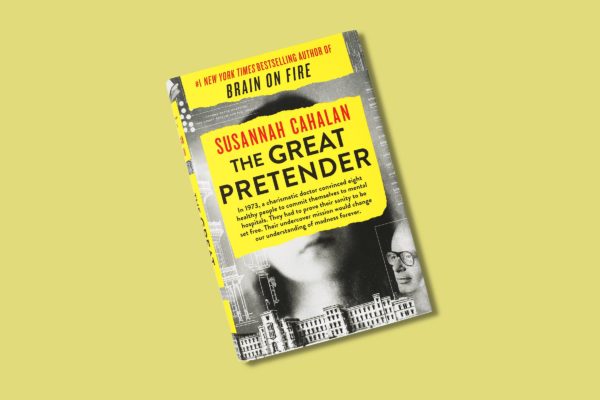 The best-selling novelist speaks to TIME about the upcoming adaptation of his story Doctor Sleep, his thoughts on Donald Trump and why he often writes about children.

What did you think of the Doctor Sleep adaptation?

I like it a lot. He took my story, which was the sequel to The Shining, and basically did a seamless weld to Stanley Kubrick’s film, which is probably one of the reasons why Warner Bros. was eager to do it. I always felt that the Kubrick film was rather cold, and director Mike Flanagan warmed it up.

There have been seven adaptations of your work in 2019 alone. Have you had any thoughts to what it takes to make a successful adaptation?

She Was Misdiagnosed With Bipolar Disorder. Now She’s Probing the Gaps in Our Understanding of Mental Illness

I Thought My Kids Were Too Old for Me to Have Postpartum Depression. But I Couldn’t Deny the Awful Reality

What are some recent favorites on TV that you’ve been watching?

The one network show that I’m watching right now is called Emergence on ABC, and I don’t think the ratings are really terrific and I’m scared to death they’re going to cancel it. I’m watching a show with Billy Bob Thornton called Goliath, which is terrific. The first two seasons are good; the third season is amazing because it’s got that David Lynch vibe. There’s a show on Netflix, a Spanish show called Money Heist–actually in Spanish, it’s “The House of Paper”–and that’s a lot of fun.

Your new novel, The Institute, is about powerful children. What keeps you returning to that theme?

I don’t know exactly, except that I’m interested in stories where people who are weak on their own join together and form something that’s strong. Nobody is weaker than children, and when they get together, they can be fairly strong. I liked the idea of a caring adult who finds children who are in need, children who are in a desperate situation and act like real grownups. We have too many people in this country, in positions of power, who don’t act like grownups and so–for me–that’s very satisfying.

Isn’t that robbing them of childhood and turning them into adults?

There’s an element of that involved. It’s that old, basic storytelling string: going from innocence to maturity. And all kids go through that anyway. You don’t need to put them in that situation. Every kid faces, sooner or later, a situation where they have to act like a grownup or they have to discard their childish illusions. And that’s the arc, when a kid finds out there’s no f-cking Tooth Fairy or Santa Claus.

How has your relationship with pop culture changed during the course of your career?

I’ve separated a bit from pop culture. It’s more of a strain than it used to be because I’m not where I was. I don’t listen to a lot of current music. People talk about some of the current people like Jay-Z. I’m probably dating myself just talking about Jay-Z. Once I got a cell phone, I discovered that the cell phone is basically the cornerstone of today’s popular culture. So it’s much easier for me to deal with things like texting in stories. I used to get copyedited notes saying, “Wouldn’t this person text?” and now that’s there. You talk about a grasp on popular culture, I’ll say my fingertips have gotten the tiniest bit numb.

You’ve long been a critic of President Trump. What are your thoughts on the House’s current impeachment inquiry?

Let’s put it this way: if the Russians aren’t paying him, they should have, because he’s torn this country in two. I think that his 15 minutes are just about up. I think even his hardcore supporters have started to soften.