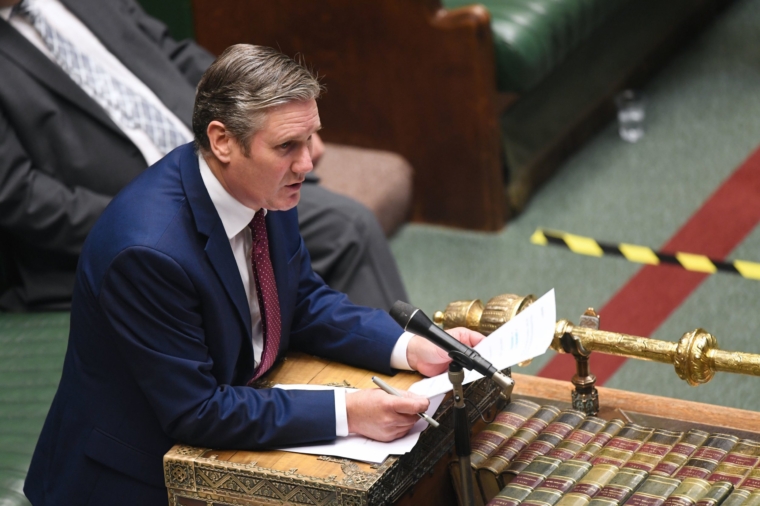 Marcus Rashford’s plan to extend free school meals over holiday periods will be put to a Commons vote on Wednesday.

Labour tabled the Opposition Day motion in order to pile pressure on Boris Johnson to agree the move.

It comes after No 10 again refused to commit to the England footballer’s proposals to tackle child hunger and poverty across the nation.

Labour leader Sir Keir Starmer or deputy leader Angela Rayner are expected to lead the motion in the chamber. Here’s what you need to know about it.

What time will the vote take place?

Following a debate this evening, the vote on the motion will take place around 7pm.

The motion reads: “This House calls on the Government to continue directly funding provision of free school meals over the school holidays until Easter 2021 to prevent over a million children going hungry during this crisis”.

Why is it being tabled now?

The motion was introduced after the deadline passed for a response from the Government to announce a U-turn on providing free school meals to those in need into next year, when some measures are still expected to be in place to control the spread of Covid-19.

“We gave the Prime Minister the chance to change course, but he refused to do so. Now his MPs must decide if they want to vote for their constituents to get this vital support or if they will leave families struggling to put food on the table.”

What does Labour want to happen?

Labour wants the Government to extend free school meals to include the October half term, which begins next week in most areas of England.

Rashford challenged the Prime Minister on Saturday to honour his election pledge and introduce a comprehensive package to end child hunger.

The footballer called for the end of the two-child cap on Universal Credit and an increase in the value of healthy eating vouchers for pregnant mothers.

In just five days, Rashford has amassed nearly 300,000 signatures for his online parliamentary petition demanding urgent action to stop children going hungry. His petition followed a statement from No.10 the previous week, saying “it’s not for schools to regularly provide food to pupils during the school holidays”.