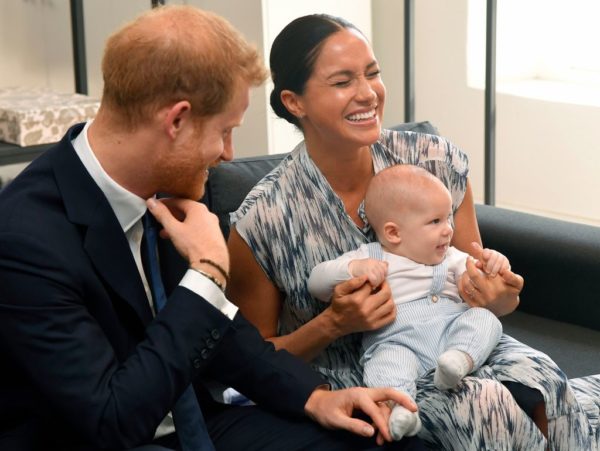 The best way to handle stress is a little old fashioned self-care. Duchess Meghan (née Markle) has her own personal routine for that on lock — and a royal insider gave Life & Style the exclusive scoop the 37-year-old’s best practices.

“Meghan isn’t the kind of woman to buckle under pressure,” the source exclusively revealed. “Despite everything that’s happened she’s still going strong and her number one priority is her family’s wellbeing.” The duchess is a big fan of yoga and integrates the practice into her regular routine.

“Her private yoga studio at Frogmore has come in very handy over recent months. She finds the practice therapeutic and it helps her switch off from the rest of the world,” the insider revealed of Meghan’s love of the ancient discipline. “She goes daily (when she’s at Frogmore) but not just for an intense workout. She also meditates.”

Believe it or not, she also tried to enlist her husband in the practice — to mixed results, mostly. “She’s given Harry a few yoga lessons, but he’s not that into it and prefers outdoor sports,” the insider revealed, adding that Meghan hopes to pass on the family tradition, since her mother, Doria Ragland, was an instructor. “Once, Archie is old enough, she’ll teach him, too!”

But yoga and mindfulness aren’t the only things the duchess does to keep herself mentally and physically fit. “Health and diet also plays a big part in Meghan’s self-care regime,” the source dished. “She lives on mainly a plant-based diet but has cheat days, whether it be a glass of wine or a slice of chocolate cake.”

It makes sense that the royal couple would be focusing on maintaining a healthy lifestyle because Paul Burrell, former assistant to Princess Diana, told LS exclusively that he thinks Meghan and Harry, 35, are due for another baby soon.

“A. The clock’s ticking. B. She wants at least two children and C. Have you not noticed the way she knots everything in front of her belly and tries to hide her tummy?” he said. Guess we’ll have to wait and see!