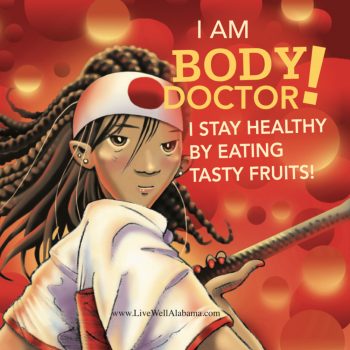 In addition to math and reading lessons, many third graders in Alabama’s low-income communities learn about nutrition from animated characters like Shining Rainbow, who loves colorful vegetables, and Muscle Max, who eats plenty of lean protein. The students also take the “Vow of the Warrior” in their classrooms. “I will enter into the quest for health, strength, and wisdom. I will try new fruits and vegetables,” the vow begins.

It’s all part of a state SNAP-Ed curriculum called Body Quest, which applies what Sondra Parmer, the administrator of SNAP-Ed programs for the Alabama Cooperative Extension System, calls “multilevel intervention” —and it turns out it has had a significant impact on children and families since its launch in 2010.

Most people are familiar with SNAP (Supplemental Nutrition Assistance Program) benefits, which help address food insecurity among vulnerable populations. SNAP-Ed is a companion program that provides comprehensive nutrition education to many of the same families, who may be struggling to put together healthy meals on a limited budget.

“When we look at the data for the program, we can say with certainty—because we’re comparing a treatment and a control group—that because of Body Quest, these kids are eating better,” said Parmer.

Now, a new study has aggregated data across eight states in the Southeast to evaluate the broader impact of programs like these for the first time. Published in the Journal of Nutritional Science at the end of September, the study found adults and children in SNAP-Ed programs are more likely to make a number of positive behavior changes, including eating more fruit and vegetables.

And while the data is from 2017, the results come at a time when advocates say helping food-insecure families eat well is more important than ever. Since the pandemic began, millions of Americans have lost their jobs and joined the ranks of those struggling to feed their families, prompting various calls for an increase in SNAP benefits. One analysis found nearly a quarter of American households faced food insecurity during the pandemic, more than double the number that did before COVID-19. In households with children, food insecurity tripled.

In the face of hunger, prioritizing healthy eating is even harder, especially in low-income communities where few nutritious foods are even available. And those communities have long suffered higher rates of diet-related diseases such as diabetes.

Those statistics now also point to risk factors for COVID-19. “COVID has really highlighted the impact of underlying conditions like heart disease, diabetes, high blood pressure, and obesity,” said Tracy Fox, a nutritionist by training who has been working on federal nutrition and nutrition education policy for more than 20 years. “They have such a significant impact on whether or not you get COVID and how well you handle it.”

Based on the study results, then, SNAP-Ed may be one effective tool to help people in low-income communities eat more of the foods that prevent diet-related diseases and the devastating impact of COVID-19.

How Does SNAP-Ed Work?

The entire SNAP program is funded by the farm bill; about 95 percent of the money goes directly to SNAP benefits, and the small remaining slice includes funding for SNAP-Ed. While states began to operate the education program as far back as 1998, it transformed during the Obama administration to focus on evidence-based projects and emphasize community and public health approaches to nutrition education.

The U.S. Department of Agriculture (USDA) distributes annual funds to states, which then administer the educational programs through cooperative extension services at land-grant universities, public health departments, and nonprofits. In 2020, the USDA distributed $441 million for the program. (Because SNAP-Ed funding is distributed entirely separately from benefits themselves, calls to raise benefits would not affect SNAP-Ed.)

The programs aim to educate SNAP recipients, but there is a lot of flexibility in terms of what each program looks like.

They include direct education programs such as lessons and cooking classes, and social marketing campaigns to disseminate messages about healthy eating. And in recent years, there has been emphasis placed on the implementation of policy, systems, and environmental (PSE) changes—or long-term shifts that make healthy choices easier. For example, a school might ban soda and other sugary beverages (policy), install new water-bottle-filling fountains with promotional posters nearby (environment), and make a plan to stock vending machines with healthier alternatives (systems).

In Alabama, the Body Quest program includes direct education in the form of classroom nutrition lessons as well as many PSE changes, such as lunchroom posters with animated characters encouraging healthy choices and school wellness committees that create action plans to make school environments healthier. For example, at a school in Conecuh County, the committee identified a need for daily physical activity breaks, and the SNAP-Ed educator trained teachers in how to conduct them.

Body Quest is just “one cog in the wheel” when it comes to SNAP-Ed programs in the state, Parmer noted. Educators also plant and maintain teaching gardens, teach food bank clients how to cook with produce they are unfamiliar with, and more.

The flexibility given to each state to craft programs that meet the needs of its unique communities is one of SNAP-Ed’s biggest strengths, Fox said. But it also makes collecting consistent data and evaluating that data in a uniform way difficult.

“We selected the common indicators, and then we came up with a plan on how to gather that information from everyone,” explained Amy DeLisio, the director of the Center for Wellness and Nutrition at the Public Health Institute and a co-author of the study. The 25 participating agencies used pre- and post-tests with SNAP-Ed participants, and then re-coded the results to match standardized indicators.

Results showed participants ate about a third of a cup of more fruit and a quarter of a cup more vegetables per day than they had before participating in the programs. And while that little bump might not sound significant, experts said it’s more meaningful than it may appear.

“It may seem like a very small amount of fruits and vegetables on your plate,” said Julia McCarthy, interim deputy director at the Laurie M. Tisch Center for Food, Education and Policy, but it is a significant increase, especially given most Americans fall far short of meeting dietary guidelines in this realm. Furthermore, “behavior change is slow and hard to come by,” she said.

Researchers also found that individuals in the study reported that they were more likely to increase the variety of produce in their diets, drink more water and fewer sugary beverages, and read nutrition labels while shopping.

The study was limited by the lack of a control group, DeLisio said. But “in general, [the data] is showing SNAP-Ed works,” she concluded.

McCarthy said she was excited to find more than 700 policy, system, and environmental changes being used within the SNAP-Ed programs they analyzed, which she thought pointed to the fact that changing people’s environments is a crucial component of nutrition education. 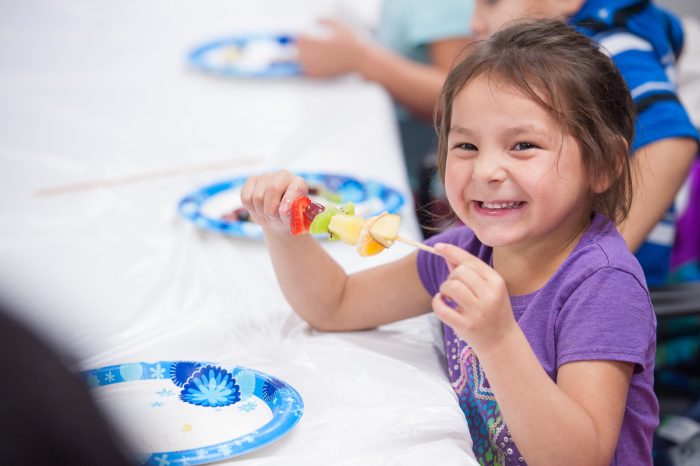 And the fact that the study aggregated data across states in the entire Southeast region, Fox said, made it much more impactful and interesting. “You have higher numbers reporting, and therefore you have a little more confidence in the data . . . and what they’re showing,” she said. “I think it’s a really good model for other regions, hopefully, to use.”

All the experts said the study was a starting point for more research that needs to be done across the country. But at this moment in time, the results are especially meaningful.

“There are a lot of Americans who have lost their jobs and are now in poverty, and they might not know how to stretch their food dollars or select healthier foods on a budget,” DeLisio said. “It’s relevant to that new population.”

SNAP-Ed programs have also been affected by the pandemic in significant ways, since most are facilitated in person. Some programs have moved online, while some educators have had to pause their efforts entirely.

The USDA has so far denied state requests for waivers that would allow SNAP-Ed educators to temporarily participate in hunger relief efforts that don’t directly include nutrition education. Fox has been working with groups who are asking Congress to step in to allow that flexibility, and while a draft of the second HEROES Act did include language to allow for that, the legislation is still a work in progress and negotiations are currently stalled.

Regardless of what the future brings, DeLisio said she believes the data supports ongoing funding for SNAP-Ed. McCarthy echoed that sentiment, emphasizing the “unnecessary division” that has often existed between hunger and nutrition work.

“Families want to feed their members healthy, delicious food, and any sort of food insecurity efforts that don’t consider nutrition are not going far enough,” she said. “COVID-19 has exposed just how vulnerable diet-related diseases have made us. Healthy eating has to be a top priority.”