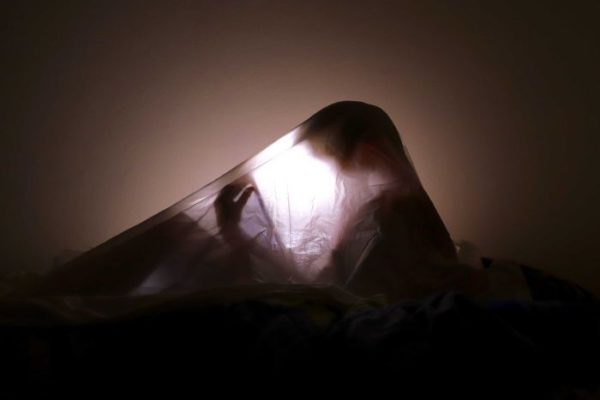 Photo: The study found a quarter of teens with internet access in their rooms were sleep-deprived. (ABC News: Jake Evans)

Related Story: There’s a reason why you can’t switch your brain off at night

Related Story: Sleep texting is the new sleep talking — and it could get you in trouble

Mobile phones and energy drinks are keeping teenagers awake at night, with a new study revealing a majority of senior school students are sleep-deprived.

More than half of 16 and 17-year-olds were not getting the recommended eight to 10 hours of sleep on school nights, with researchers confirming links between a lack of shut-eye and anxiety and depression.

The research, published by the Australian Institute of Family Studies, is the first detailed analysis of Australian students’ sleeping habits.

The analysis also found about a quarter of 12 to 15-year-olds were suffering from a lack of sleep, but children under 11 fared better because of bedtimes enforced more strictly by parents.

Are you getting the recommended amount of sleep?

Figures from the Sleep Health Foundation.

Experts said consideration needed to be given to pushing back school start times for older children to suit their body clocks, which are more delayed than younger students.

“There’s a sense that maybe kids are getting less sleep than in the past,” research fellow Dr Tracy Evans-Whipp said.

About one in four 12 to 15-year-olds with internet access in their bedrooms suffered from a lack of sleep, while teenagers who spent more than two hours a day on the web were also sleep-deprived on school nights.

“Certainly there have been concerns raised around the busy lifestyle these young people have been leading around homework, and also the screen use creeping into their evening activities,” Dr Evans-Whipp said.

“It’s not clear whether internet use contributes to reduced sleep or whether adolescents who have difficulty sleeping use the internet to deal with that or have more time to spend online because they are sleeping less.”

Caffeinated beverages, such as energy drinks and coffee, were also having a negative impact on 14 and 15-year-olds.

On non-school nights, such as weekends and holidays, teenagers were found to get between nine and 10 hours of sleep.

Should school be pushed back for sleepy teenagers?

Dr David Cunnington, director of the Melbourne Sleep Disorder Centre, said he had seen an increase in the amount of children presenting with sleep-related issues.


If you’re looking for ways to improve your sleep, the experts say these are the things you should focus on.

“People in adolescent and teenage years have a tendency for their body clocks to run a little later,” he said.

“But if you’ve got to get to school at a certain time that means your sleep is going to be truncated.”

He said “a difficult dynamic” was sometimes created when parents tried to force teenagers to go to sleep earlier even though they were not tired.

Dr Cunnington said educators needed to consider pushing back the school day for adolescents to get the best results, but acknowledged it would be a difficult societal change to implement.

“We don’t have the data to say what’s the magic number — but later,” he said.

In the United States, concerns about high school students suffering from a lack of sleep prompted Californian lawmakers to introduce rules dictating that classes could not start before 8:30am.

At least one Victorian school also operates with later start times, with the Alice Miller School in Macedon running a 10:00am to 4:30pm timetable.

Photo: Melatonin has been proven to be effective in resetting the body’s clock. (Flickr: IdlHandz)

“If we push the school time back, sure they will sleep in a bit longer but we are also concerned that it will further shift their body clock in that forward direction,” he said.

He said it was important parents and students were aware of the recommended sleep requirements and were mindful of before-school activities, such as sports training.

“Some of these children or adolescents will be susceptible to a lot of sleep loss if they’re engaging in that,” he said.

Dr Mansfield said the most common ages for people to suffer from sleeping problems was between age 15 and 25.

He said melatonin hormone tablets had proven to be an effective treatment in resetting the body clock.

“It’s a natural hormone so it’s not being used as a sleeping tablet,” he said.

“It is used specifically to try and advance the sleep phase which is otherwise delayed.

“It’s not an addictive medication; we run into very few, if any, difficulties with the use of melatonin.”