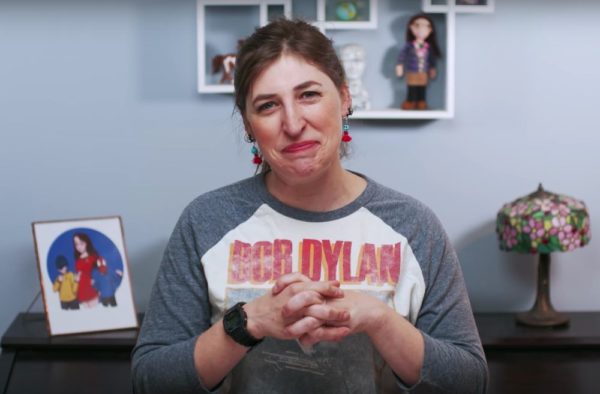 Actor Mayim Bialik has made a video discussing how her children are thriving on a plant-based diet.

Among the questions she gets asked most commonly are – can they live? What about protein? What do you tell your kids?

“You can raise vegan children who are healthy children,” Bialik says in the video. “Contrary to what the meat and dairy lobbyists, who decide what we ‘should eat’ will tell you, children can thrive without eating meat and without eating dairy.

“The only thing that vegans can’t get from the foods that we eat is vitamin B12, which we you can totally take a supplement for*…Many vegan children take B12 supplements and that does the trick. “

On the topic of protein, she says: “We actually need a lot less protein than we ingest as a Western country. Overconsumption in protein has been linked to an increase in cancer and many other diseases in countries that use meat as their main source of protein.”

She adds that there is protein in other foods, including bread and quinoa.

Revealing what she tells her children about why they are all vegan, Bialik says: “We choose to be vegan, that’s not everyone’s choice, and that’s fine. I don’t want my children to be judgemental and annoying…I remind my children frequently that our pediatrician supports this way of us eating.

“Being vegan is a philosophical, medical, and a spiritual decision that we make every day. I also tell my children that it is worthwhile to make sacrifices for a greater good.

“I want to raise my children to be people who question things, people who do research, people who make decisions based on facts and feeling together.”

‘Suitable for all stages of life’

Bialik’s stance on vegan diets being appropriate for children ties into modern nutritional thinking. The American Dietetic Association says: “It is the position of the American Dietetic Association that appropriately planned vegetarian diets, including total vegetarian or vegan diets, are healthful, nutritionally adequate, and may provide health benefits in the prevention and treatment of certain diseases.

“Well-planned vegetarian diets are appropriate for individuals during all stages of the life cycle, including pregnancy, lactation, infancy, childhood, and adolescence, and for athletes.”

You can watch the full video on YouTube here

*Bialik also said that B12 can be consumed by ‘not washing veggies very well, because it’s in the dirt’. This is not a medically recommended strategy. If you are concerned about B12 levels and how to supplement, PBN recommends speaking with a medical professional.